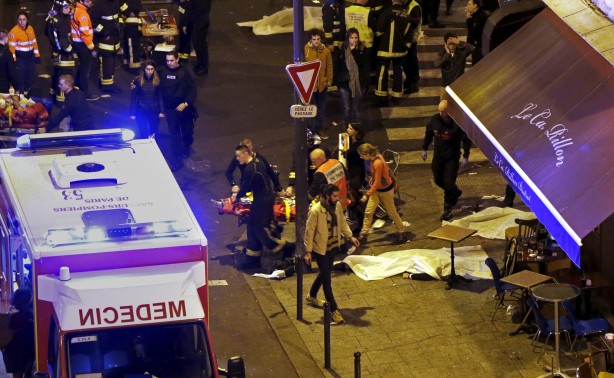 An intelligence report that reached Western security agencies prior to the ISIS attacks in Paris on Nov. 13 revealed that there were 60 terrorists deployed in Europe.

A senior counterterrorism source told CNN that the jihadist group was targeting Paris, Berlin, London and a majorly populated area in Belgium. Abu Mohammed al-Adnani, who is the head of the Islamic State’s external operations, is reportedly behind the plots.

Despite early warnings, there wasn’t a clear intelligence report on the moving plot in Paris — prompting terrorists to open fire and kill a total of 129 people in different areas in the city.

“In terms of ambition, it also just pointed towards something we already knew. ISIS had hardly made it a secret it sought to target Europe,” said the unnamed senior European counterterrorism source.

The attacks weren’t a total surprise for Western security agencies, however, after Adnani sent audio messages threatening France and Belgium in 2014. The Belgian police had ceased ISIS attacks in January 2015, which was organized by Abdelhamid Abaaoud, the ringleader of the attacks in Paris.

Before Abaaoud’s death in a brutal police raid at Saint-Denis in November, a woman who revealed his location to French police also bragged about ISIS members from Syria, Iraq, France, Germany and the U.K.

“The worry has been that if, say, 20 were involved in the Paris attacks, there might be 40 or so still out there,” the source added.

Aside from airstrikes in Syria, European countries have pushed for extreme security measures to avert the ISIS from attacking more areas.

Following the attacks, French President Francois Hollande commanded a tighter national security in November, including 5,000 more police posts, immediate deportation of foreigners who pose “a particularly grave threat to the security of the nation”, and stronger European action against arms trafficking.

ISIS news: At least 10 ISIS recruiters arrested in Belgium and...