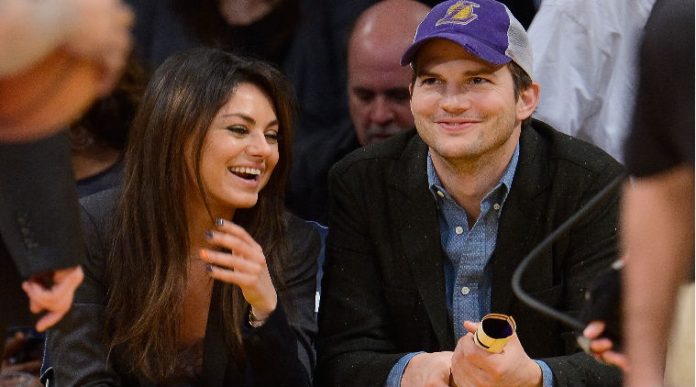 Some speculations suggest that Mila Kunis may be expecting again and this time, she might be having twins with Ashton Kutcher.

Insiders said to be friends with the couple told OK! Magazine that it seems “obvious” Kunis is on her second pregnancy, “There have been so many hints. Mila is tired all the time now, for one thing. And she gets hungry really quickly, and if she doesn’t eat right at that moment, she gets super crabby.”

Although this might be just normal for some people, the insider said that her cravings have “hit full force.” The actress also reportedly stop doing her intense workouts, which she previously started to help her get in shape for the red carpet event of her movie, “Jupiter Ascending.”

Adding to the rumor, Kunis seemingly does not drink any kinds of alcohol again, “She’s once again not drinking any alcohol at all, not even wine or beer,” the friend stated. “But when her friends ask her why she’s not drinking, she just responds with a grin.”

The couple is also adamant in keeping their privacy. The insider mentioned that neither Kunis nor Kutcher made any announcement to friends and family the first time they were pregnant with baby Wyatt, whom Kunis gave birth to last year on September.

Moreover, having twins may not come as a surprise as Kutcher also has a twin himself.

According to Hollywood Life, an insider mentioned that Kutcher is eager to have boys, “They think three kids is the ideal number, and they like the idea of having them quickly, rather than waiting years to get pregnant again.

Reports claiming that the couple intend to expand their family emerged on April. Although there is no official statement from Kunis, Kutcher shared on the Ellen Degeneres show that he loves taking care of their baby.

“We just want to know our kid. We want to be the people that know what to do when the baby’s crying to make the baby not cry anymore. I think the only way to do that is by being the one who’s there,” Kutcher said.