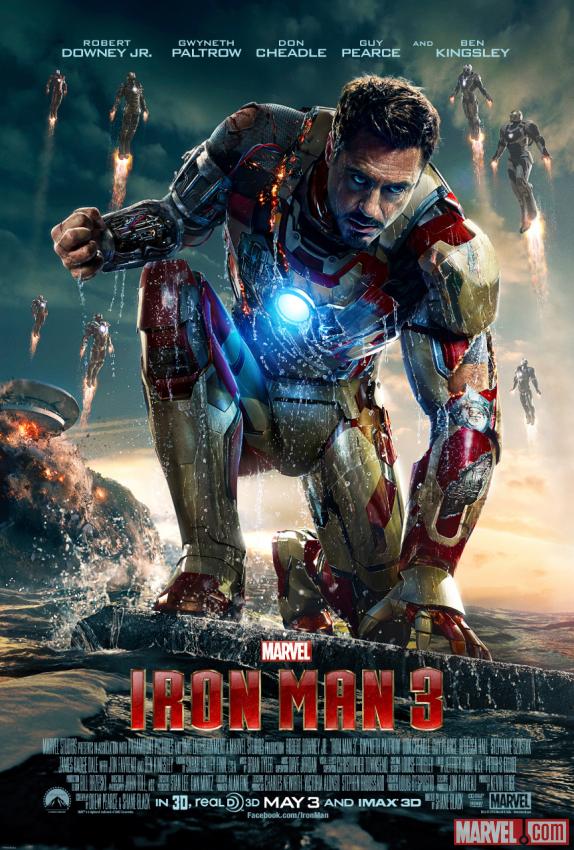 “Iron Man” movie fans looking forward to another standalone movie feature of the iron-clad superhero may be disappointed that “Iron Man 4” may not be in the pipeline as of yet. This reveal was made by “Iron Man” actor Robert Downey Jr. himself in an interview with USA Today.

Downey’s inclusion in “Captain America: Civil War,” which premieres this May, is the seventh time for him to suit up as Iron Man. While he thinks that an “Iron Man 4” will be great, sadly, it’s not happening anytime soon.

” I don’t think that’s in the cards… in a way it’s Cap 3 but for me it’s like my little Iron Man 4 and then it’s back to the thing we all recognize… everything pulls over to the side of the road when the thunder of an Avengers thing comes through because that’s how it is until it changes. If it changes,” Downey said.

On the other hand, Downey claims that his Iron Man in the “Captain America: Civil War” movie is not that bad at all, contrary to what many people believe. However, should a fourth “Iron Man” movie push through, he wants the superhero to be featured as a villain.

Earlier reports surfaced that Downey will no longer play “Iron Man” despite Marvel’s rumored offer for him to keep the iron suit. However, there were also other reports saying that it was Marvel itself that dropped Downey, thanks to his age. Additionally, it was also speculated that “Iron Man 4” will still have Downey in the movie. However, this time, he will not be fighting as Iron Man but will serve as a mentor to the new Iron Man. Rumor has it that Marvel is eyeing the child actor who appeared in “Iron Man 3” who acted as Tony Stark’s sidekick in a way: Ty Simpkins.

Simple math seems to validate this possibility. As Simpkins is only 14 years old and the movie is rumored for a 2020 release, there is a chance that Marvel is, indeed, waiting for the young boy to grow up and be ready for the iron suit before giving the green light for the “Iron Man 4” production.

With no confirmation from Marvel though, everything at this point in time is just a speculation, and “Iron Man” movie fans can relish the fact that they’ll see more of the iron-clad superhero in at least two more big-screen live features.