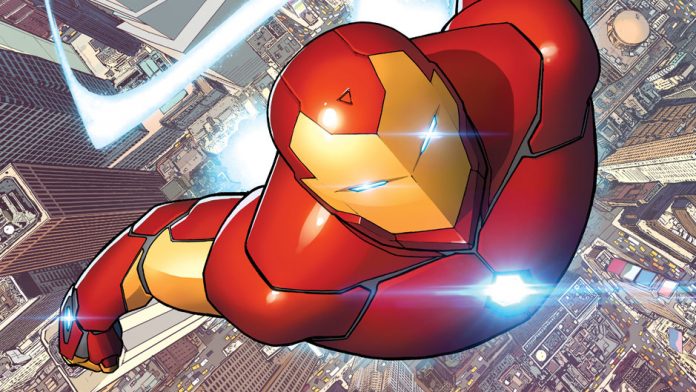 Rumors of “Iron Man 4” being in the works are spreading like wildfire, suggesting that it will feature Iron Man’s replacement. The November issue of “Invincible Iron Man #1” will feature the origin story of Riri Williams, the person who will assume Tony Stark’s (Robert Downey Jr.) responsibility after the latter retires. As a young girl, she needed a new hero name, and just recently, Marvel has revealed it to be “Ironheart.”

A girl version of Iron Man would obviously be named Iron Woman, but writer Brian Michael Bendis told Wired that the name is old-fashioned. On the other hand, the other suggestion Iron Maiden would cause legal problems as the name is already taken by the popular ’80s metal band.

In the end, they decided on Ironheart, which was suggested by Joe Quesada. According to Bendis, the name “speaks not only to the soul of the character but to the ‘Iron Man’ franchise as a whole.”

He then alluded to Iron Man’s origin story, which featured Tony wearing the suit to save his heart. Riri will wear her own creation for a different reason, but Bendis assures that it is still heart-related.

“When people see her story, you’ll be amazed at how simple and brilliant Joe’s suggestion was,” he said.

Marvel has yet to confirm if the new heroine in an Iron suit will appear on the big screen, but Entertainment Weekly has already dished out suggestions of who will be perfect for the role.

The article listed popular television actresses such as Disney star Zendaya, Sonequa Martin-Green, who plays Sasha in “The Walking Dead,” and Nathalie Emmanuel, who is known for her role as Missandei in “Game of Thrones” and Ramsey in “Furious 7.”

There is also Amandla Stenberg from the popular franchise “The Hunger Games,” where she played as the young Rue.

ABOUT US
VineReport provides the top and most engaging news stories from around the globe, from world and politics to entertainment and sport. We seek to bring the freshest news each day from the spectrum of stories that matter the most to you.
Contact us: in[email protected]
FOLLOW US
© 2017 Vine Report. All Rights Reserved.
MORE STORIES

Elder Scrolls 6 release date will not come any time soon

'The Voice' news: Korin Bukowski goes home after losing in the...