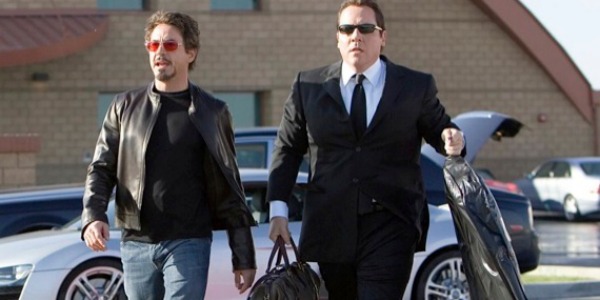 What was initially just an appearance from Robert Downey Jr.’s (RDJ) Tony Stark in the upcoming film “Spider-Man: Homecoming” now seems to be a little bit more involved as Jon Favreau is also confirmed to partake in the Tom Holland-starrer. This poses an entirely new possibility for Stark’s timeline, inching him towards “Avengers: Infinity War” and, hopefully, “Iron Man 4.”

Favreau will be reprising Happy Hogan, a character that was last seen in “Iron Man 3.” Following his near-death experience, Stark’s trusted bodyguard was noticeably absent in succeeding movies like “Avengers: Age of Ultron.” Of course, that can also be chalked up to the rumored murky relationship between the actor/director and Marvel Studios after “Iron Man 2” did not quite live up to its predecessor. Nonetheless, he still made an appearance in Iron Man’s last stand-alone film with Shane Black taking the baton from him as director. This development comes in months after the 49-year-old marked his Marvel comeback with a stint as executive producer on the Russo brothers’ “Infinity War.”

Though the Marvel Cinematic Universe’s success is chalked up to RDJ’s performance in the first “Iron Man” film, it was actually Favreau who fought hard to keep his name on the casting sheet. He then proceeded to direct the first two installments of the franchise. A reunion between Favreau and RDJ would definitely be a great way to send-off Iron Man. After all, they were the ones who laid the groundwork for the now $10 billion-worth empire.

As for possible plot lines, it might still be a bit tricky to point out what Stark will specifically be doing while meddling in Peter Parker’s world. But with confirmation that Happy will be trotting around with the genius, billionaire, playboy philanthropist could say a lot about the state that Stark will be in the next time he dons the big screen especially since he has severed ties with the rest of Avengers, as seen in the end “Captain America: Civil War,” and seemingly broke up with Gwyneth Paltrow’s Pepper Potts.