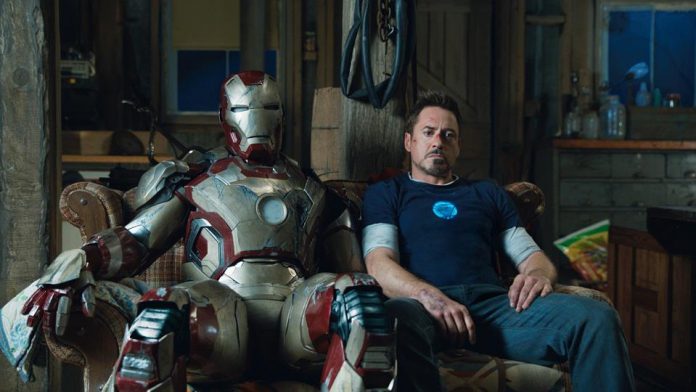 Actress Rebecca Hall is speaking up on her reduced role in “Iron Man 3” which pieces in with film director Shane Black’s previous comments about a gender swap that happened in the film.

Talking to the Toronto Sun, the actress detailed what happened to her supposedly bigger role in Robert Downey Jr.’s latest stand-alone film as Tony Stark.

“All I’ll say is this, on the record: There was an early draft of Iron Man 3 where we had an inkling of a problem,” she spilled.

Hall played Dr. Maya Hansen, who helped Guy Pearce’s Aldrich Killian create the Extremis in the trilogy capper. But unlike what happened in the movie, it now appears that she was supposed to be the flick’s main villain.

“We had a female character who was the villain in the draft. We had finished the script and we were given a no-holds-barred memo saying that cannot stand and we’ve changed our minds because, after consulting, we’ve decided that toy won’t sell as well if it’s a female… So, we had to change the entire script because of toy making,” the actress revealed.

Given that it has been a couple of years since the movie was released and diversity has been highly campaigned recently, it may still be a possibility for Marvel to recover from this blunder. The casting of Brie Larson as Captain Marvel and the fact that they are putting out a movie spearheaded by a female actress is a good start. But taking matters further, the company might finally push through with a female villain for the much clamored “Iron Man 4.”

Despite her less than ideal experience working on a Marvel project, Hall is applauding the studio for making the necessary adjustments for a more varied cast of characters. “Look, (Marvel) is paying for their mistakes right now,” she added, “and I applaud them for casting Brie Larson in Captain Marvel. Hallelujah. It’s about time women started being the heroes of things.”

With this slew of new information, it is interesting how Marvel Studios will be reacting in a way for everyone to see the brighter side. “Iron Man” already has one strong female character in Gwyneth Paltrow’s Pepper Potts but given the status that her relationship with Tony is currently in, the narrative for the supposed last installment of the franchise may shift away from their romance.