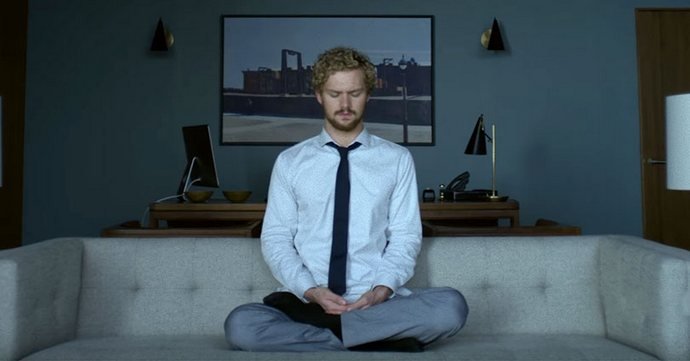 The character which will be portrayed by Finn Jones appeared in a panel as Marvel formally introduced Iron Fist/Danny Rand. Aside from the moderated session, the first full trailer was also released which gives fans a closer look as to how the newest superhero from the Netflix block will be different.

“He’s a lost soul. He’s a 25-year-old boy who’s never had a real childhood, a real adolescence,” said Jones as he described his character in an exclusive sit down with MTV. “He suffered an incredible tragedy when he was 10 years old. He grew up in a monastery as an orphan, under very harsh conditions for 15 years, and when he returns to New York, he’s trying to discover himself… He’s trying to find out who he is and what’s happened to his parents. He’s a very complicated, complex, and troubled dude.”

Obviously, the rich kid story arc is by no means scarce in the superhero world with Batman and Iron Man as the most notable examples. But what differentiates Rand is the amount of transformation he had to go through. From the mishap that he experienced to learning to be attuned to himself in the K’un-Lun dimension and to finally balancing his origins and what he has ultimately become, the character is expected to go through a different kind of inner struggle.

“Iron Fist” was originally said to be the third series out of the MarvelNetflix gate but insider reports shared that they were having problems nabbing the direction they wanted the series to have. It was eventually pushed back to make way for the New Yorker with superhuman strength, Luke Cage after he got great feedback from his soft introduction in “Jessica Jones.”

Marketing-wise, the move proved to be logical with having a parallel to the Marvel Cinematic Universe as it is also slated to enter the mystic realm via next month’s “Doctor Strange.” Should Marvel TV devise a way to tie both magical properties together, it would be fascinating for the Benedict Cumberbatch starrer to reference Iron Fist or even K’un-Lun same way they did with the Avengers.

Furthermore, Strange also hooks the audience up to the new realm that Marvel is entering as Rand’s origin story is arguably a tougher sell compared to its Netflix superhero predecessors.

Rand’s introduction completes the Defenders squad which will also feature Charlie Cox’s Daredevil, Krysten Ritter’s Jessica Jones and Luke Cage. At the same event, it was also revealed that industry legend Sigourney Weaver will be breathing life to the yet to be announced villain for the 2017 titular ensemble series.