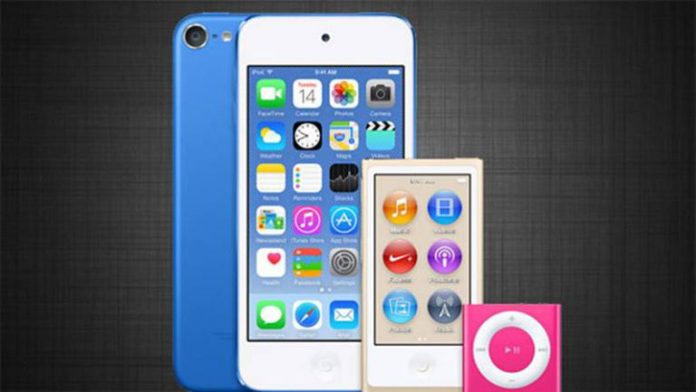 After conflicting reports from last month, rumors are now circulating that the sixth generation iPod Touch could be released earlier than expected.

Based on an image that comes up when updating the iTunes software on an iPod Touch to the version 12.2, rumors are now saying that the release date for the iPod Touch 6 could actually be Tuesday next week, July 14.

The image could also mean Apple could be releasing new models for the iPod Nano and iPod Shuffle.

Last week, 9to5mac readers said that they spotted a suspicious image embedded in the most recent update for iTunes. The image shows the iPod Touch, iPod Nano and iPod Shuffle, but they are shown in cases colored gold, dark blue and dark pink.

Design & Trend noted that these colors have not been made available for existing versions of Apple’s portable music players. The website also noted the lack of physical changes to the models outside of the new colors except for the iPod Touch, which got rid of the camera loop hole.

The appearance of the new colors in the media players fueled rumors that Apple will be releasing iPods in these color schemes soon. In addition, the Tech Times noted, the blue-colored iPod Touch in the image is displaying July 14 in its calendar.

The publication said that the date is in line with Apple’s previous practice of introducing its products on a Tuesday.

The Master Herald had previously reported that Apple will debut the iPod Touch 6th generation at the World Wide Developers’ Conference, which was held from June 8 to June 12 this year but the device did not appear during the event.

Gospel Herald also theorized that the iPod Touch 6th generation could be announced simultaneously with the iPhone 6S, which is expected to come out in September.

Tiger Woods news: pro golfer hasn't given up on being great...

Fox News host getting divorced after cheating on his wife