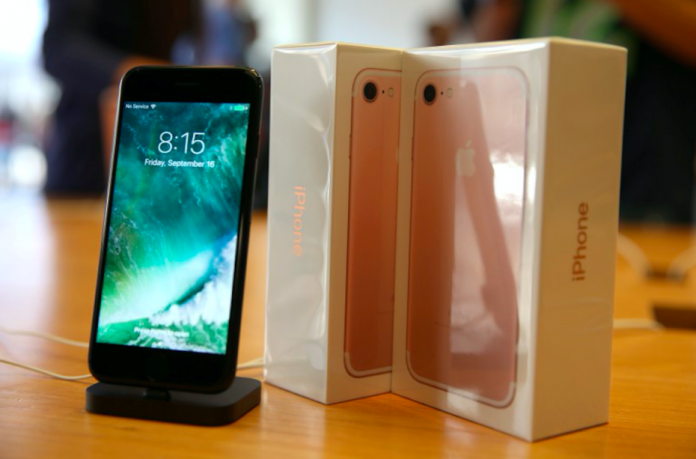 Apple may be planning to throw a curveball for its flagship device’s 10th-anniversary model, the iPhone 8, with the possibility of it, or at least one of its variants, coming in a flip phone form factor.

The rumor mill has been buzzing with various speculations on what the Cupertino-based company is planning next for its upcoming top-shelf smartphone less than two months after the iPhone 7 hit the market.

Aside from the usual improvements like a better build and hopefully Apple Pencil support, a patent from the tech giant released just this Monday suggests the concept of a folding phone. The license, published by the U.S. Patent and Trademark Office, describes the collapsibility of an iPhone that uses carbon nanotubes for its flexibility.

As it turns out, Apple has been dabbling in the concept of foldable phones as early as 2013 with previous patents filed describing the mechanics. This includes one for flexible electronic devices submitted in 2015 that utilizes flexible printed circuits, batteries and displays.

In retrospect, flip phones are not entirely new. Motorola capitalized on the design back in the 2000s and proved to be popular among the masses during that time. However, the slow shift to touchscreen devices led to its appeal waning as consumers felt the need for a bigger display for an easier experience. However, interest in the retro style is once again creeping back into mainstream consciousness as apparently, it is just not Apple who is looking to bring back the design. Its fiercest rival, Samsung is also said to be testing the waters in terms of foldable phones.

Before this developing story unfolded, a report by Nikkei Asian Review claimed that Apple’s next-generation smartphone was already being tested by Foxconn for wireless charging. This feature for the famed phone lineup has been a long time coming as it has become a staple for top-shelf handhelds.

Needless to say, just because these rumors are gaining traction online, it does not mean that they will eventually come to fruition next year once the aforementioned device is released. For starters, given Apple trying to break into the foldable phone market, its most current patent suggests that it is just the first step in a long development process.

No official release date for the iPhone 8 has been confirmed but like its predecessors, chances are it will drop sometime in September 2017.

iOS 9.3.5 jailbreak release date: No word yet on whether third...