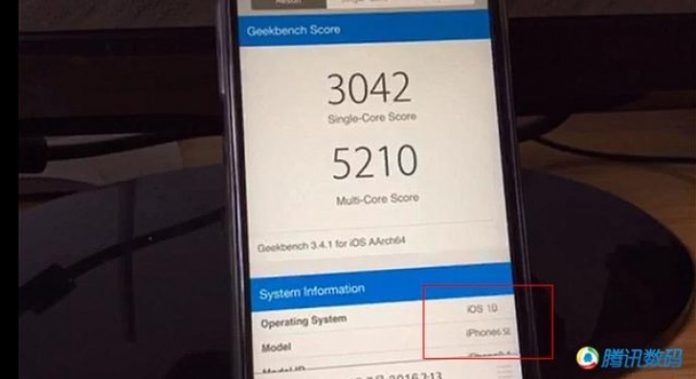 The iPhone 7 is fast approaching, but a new leak suggests that it may be called the iPhone 6 SE after all.

In the leaked images spotted by 9to5Mac, the packaging and manuals clearly indicate iPhone 6 SE. Even so, the report noted that it may not necessarily be the iPhone 7 due in September, but a follow-up to the iPhone SE. Given that the SE was released just this year, it is highly unlikely for Apple to release a successor this early.

Moreover, the leaked images from Techtastic.nl looked fake, as per the report. Small details such as unnatural positioning and exclusion of identifiers led the reporter to conclude that the images are doctored. Because of that and other speculations, it is believed that no iPhone 6 SE is coming.

However, a report by GSMArena indicated that while the images looked photoshopped, there may be truth to them somehow.

A new image from China shows the alleged handset with benchmarking results on the screen. According to the report, the source ran GeekBench on it and obtained a score of 3,042 on the single-core test and 5,210 on the multi-core test.

For comparison, the iPhone 6s scored 2,542 on single-core test and 4,427 on multi-core using the same benchmarking tool or website.

What is intriguing, though, is the model. As can be seen in the image, the handset’s model is iPhone 6 SE running on iOS 10.

The source also leaked a few other details about Apple’s plans. The iPhone 6s will still be sold side by side with the new handset, but it will only come in silver and gray options. The rose gold and gold are said to become exclusive to the new iPhone.

Furthermore, the Plus variant of the iPhone 7 or iPhone 6 SE should have a dual-camera setup similar to that of the LG G5’s, which have differing focal lengths.

iPhone 7 rumors: 3.5mm jack may be removed, replaced with lightning...