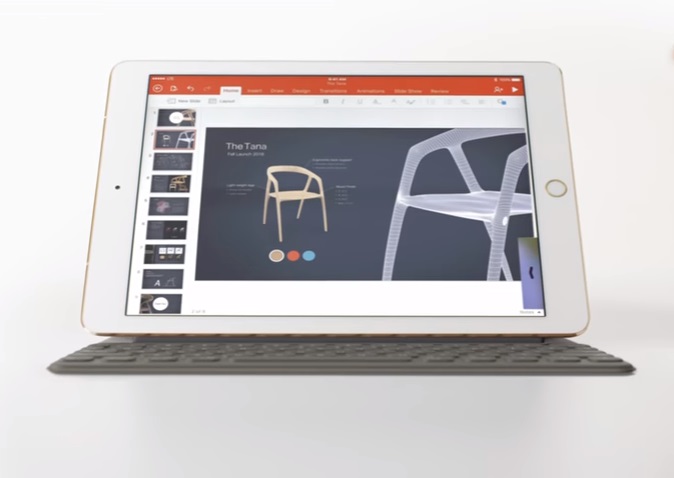 Now that it’s almost imminent that Apple will be dishing out its newest barrage of hardware come September, there is one though that is speculated to be launched early next year the iPad Pro 2. Nonetheless, it’s also theorized that the device may also be unveiled at Apple’s event next month.

There are speculations suggesting that the reason behind a September launch for the iPad Pro 2 is the fact that fellow tech vendor Microsoft will also be rolling out their equally hyped tablet, the Microsoft Surface Pro 5.

As of late, the device from Apple has been much talked about just like the forthcoming iPhone 7. In fact, there was a leaked image of an alleged iPad Pro 2 that originated from China. The leak shows two photos of the alleged iPad Pro 2, one of which was taken with a camera with its flash on while the other was shot otherwise. From the looks of it, the image somewhat sends a message that the next ultraportable device will have an adaptive screen display. However, contrary to what was earlier mentioned, it is said that the tablet will be mass produced late next month.

Furthermore, there was even a short TV ad of the iPad Pro that went out some days ago contrasting it with a typical computer. Such a move from the company may threaten the future of one of their upcoming devices that is the MacBook Pro. Nonetheless, this speculation may be doused since the rumored iPad Pro 2 is said to be preloaded with the new iOS 10 while the latter will be carrying the new macOS Sierra.

There’s no confirmed date yet as to when the next generation tablet from Apple will be introduced. However, it’s more likely that the tablet will be unveiled next month since a recent ad already hinted its existence.