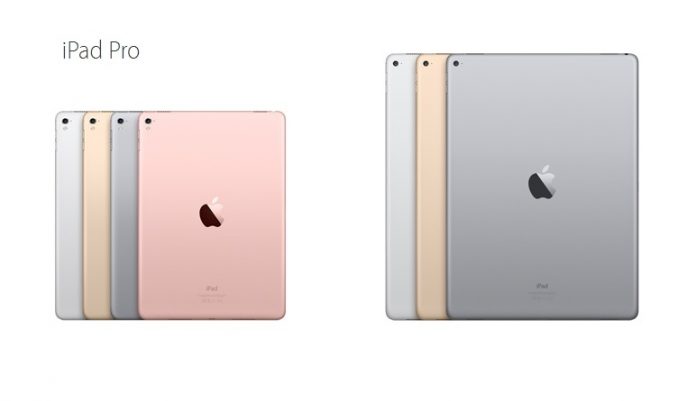 Rumors about Apple’s other products that were not seen in last month’s press event don’t seem to die down as one of the no-shows, the iPad Pro 2, is likely to be presented later this month.

Aside from the speculated launch, there is also talk about the upcoming tablet’s features. It is said that the refreshed iPad Pro could be lodged with an iSight camera boasting a 12-megapixel lens. Moreover, it is probable that the upgraded shooter could be carried by the yet to be announced tablet’s top-end version and will be paired with the True Tone flash.

It was predicted by KGI Securities analyst Ming-Chi Kuo that the Cupertino-based premium device maker will be unveiling two more makes of the tablet but it’s still undisclosed whether the entry-level and midrange renders would be sporting the rumored camera tweak or not.

Meanwhile, the latest reports in the rumor mill suggest that the next iPad Pro might don augmented reality (AR) features as the said technology was hinted by Apple’s CEO Tim Cook. It can be recalled that the CEO previously expressed his interest in AR, the same technology used by Niantic’s hit gaming app “Pokmon GO.” However, Cook further explained that such technology will need a lot of time and resources in order to be integrated into their devices. Nevertheless, he assured that AR will be arriving alongside future offerings of the company.

Apart from this, the 12.9-inch iteration of the new iPad Pro is said to be fused with an A10X processor while the other two renders might get a toned-down chipset provided that these reports would come to fruition.

The price tag for the iPad Pro 2 has yet to be revealed. However, official information regarding the device may soon come to light as it was previously reported that Apple’s supposed Oct. 27 fourth quarter earnings call was rescheduled to an earlier date. As a result, fans and tech pundits have assumed that the company could be hosting another event on the said date.