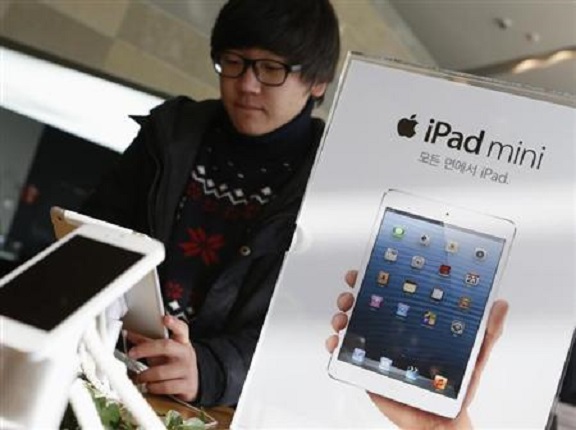 Is there really an iPad Mini 5 coming? That’s a question that only Apple can answer but is painstakingly keeping itself utterly silent. The would-be fifth-generation in the highly successful line of mini tablets from the American company was left out during the launch of Apple’s new flagship phone, the iPhone 7, earlier this month. Although, there was no prior indication that it will be included in that recently concluded event.

One thing that’s keeping loyalists of this affordable alternative to the iPad and iPad Pro worried is the rumor that Apple never really intended to build the iPad Mini 5 in the first place, the reason of which is because it wants to focus more on making the iPad Pro a rather complete and perfect device that will ultimately replace its smaller sibling. However, the notion that the iPad Mini 5 is no longer happening has neither been denied nor confirmed by the company, suggesting that the hope for it coming sooner or later is still there.

Mobipicker noted that there are numerous speculations online claiming that a new generation iPad Mini is already set for a first quarter release next year and that this new version will be equipped with a more powerful set of hardware and software features.

According to another report, the fifth-generation iPad Mini may no longer be retaining its name. The report added that instead of the iPad Mini 5 moniker that everyone expects, the device might actually be renamed as the iPad Pro Mini and that it will be sporting a 7.9-inch screen with Apple’s trademark Retina display.

The upcoming device, considering that it will be marketed as a small tablet device alternative for professionals, will have a substantially improved A9 processor coupled with the new generation PowerVR graphics. Of course, these are just speculations at this point, but everyone should be very excited about those improvements that are focused on performance. Aside from the processor and graphics upgrades, the iPad Mini 5, or the iPad Mini Pro, whichever turns out to be the official name, will have 3 GB of random access memory (RAM) and a base internal storage of 32 GB.

Should the tablet get the go signal, the best bet for an official announcement is before the end of the year, with the release to be most likely in 2017.