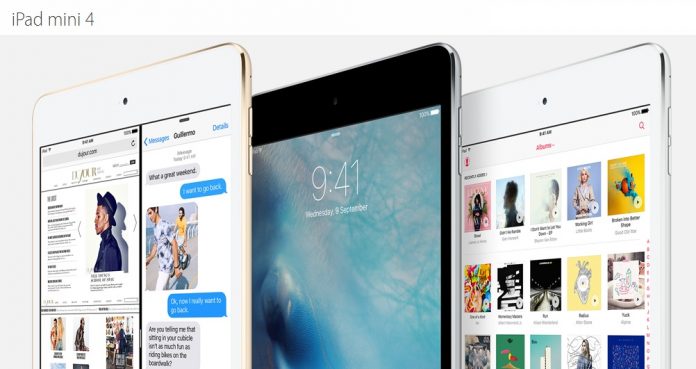 September is looming on the horizon and Apple fanatics are expecting that the company will finally introduce its latest devices and one of which is the equally hyped tablet, the iPad Mini 5.

As previously reported, the company has amazingly maintained its silence amid tons of rumors and video leaks that have been showing up on the web regarding the talked about tablet. Rumor has it that the once thought to be the thinnest tablet, which is the iPad Mini 4, could go much slimmer with its upcoming successor, which is the iPad Mini 5. Users of the former might recall that it has a thickness of 6.1 millimeters. However, it is said that the next iPad Mini might go as thin as 5 millimeters and will be further reinforced with a type 7000 aluminum body for it not be another case of the so-called “Bendgate,” which happened to the iPhone 6.

The tablet is also reported to be carrying a denser battery and most assume that it might have a smaller battery capacity, unlike the iPad Mini 4 which has a hefty 5,000 mAh battery capacity. Having said this, Apple might have come up with energy-efficient software that prolongs battery life. Another speculation since it might be donning a smaller battery is that it might also be preinstalled with the latest iOS 10 operating system which is rumored to be faster, with a better user interface, and eats up less battery juice.

Furthermore, the iPad Mini 5 is said to be housing a much powerful A9 chipset, which Apple claims to be a whole lot faster and will offer stunning and crisp visuals leaving its predecessor, the A8 chip, in the dust. Reports also say that the company might no longer produce a 16 GB entry-level edition of the upcoming tablet and might start off with 32 GB instead.