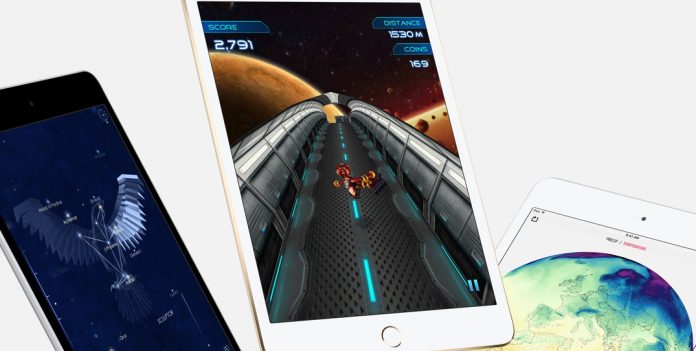 Apple’s most compact and lightweight tablet, the iPad Mini, is just one of the devices that were still no-shows at the company’s final keynote for this year.

Given this, the rumor mill has been at full throttle as of late speculating whether the Cupertino-based tech giant has silently canned the device. Reports state that the company will be dropping the “Mini” suffix and the 7.9-inch tablet will be put under the wing of the rumored iPad Pro 2 instead.

It was publicized previously that the company could be having second thoughts in manufacturing another iPad Mini. This is due to the fact that unit sales of their tablet line, as well as renders from rival companies, have gone down. Devising another iteration of hardware that has become less popular in recent years is seen as a risky move.

Another notable mention is Apple’s recent switching of schedules for their earnings call and keynote. The “Hello Again” event last month finally saw the unveiling of the new MacBook Pro with the OLED Touch Bar. With regard to their earnings call, rumor has it that the company missed its target revenue for this quarter. Hence, instead of spilling the good beans first, the company decided to discuss the bad news at an earlier date and immediately followed it up with the highly anticipated announcement of their new professional laptop.

Meanwhile, many continue to hope that the company will still announce a new iPad Mini in the not so distant future. Many are now suspecting that the slab might be spotted during the first quarter of 2017 in which the most probable month would be March.

Moreover, fans are expecting that the iPad Mini 5 will be having a base memory of 32 GB instead of previous 16 GB. It is also said to be powered by a faster chipset like the A10 processor.

'Diablo 4' may replace expansion for 'Diablo 3'