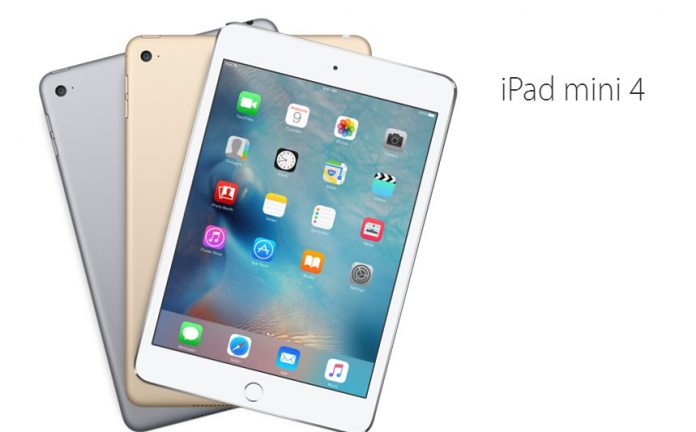 On Sept. 7, Apple decided not to release a new iPad model, but the Cupertino-based company quietly upgraded its tablet line by giving the iPad Air 2 and iPad Mini 4 a storage boost. Before, the devices came in 16 GB variants, but now, the base units have been upgraded to have 32 GB of storage, suggesting that bigger and better things are in store for the iPad Air 3 and iPad Mini 5.

There have been no leaks about the iPad Mini 5, but well-known analyst Ming-Chi Kuo predicted that three new iPad models will be launched next year. Rumors claim that the new iPad Mini could make an appearance at an Apple event on March 2017.

It is unclear whether the upgrade to the iPad Mini 4’s base storage means that the next generation device won’t have a 16 GB version, but Apple may likely consider bumping up its storage options for the iPad Mini 5. Last year’s offerings range from 16 GB to 128 GB, and it is expected that next year’s lineup will include 32 GB to 256 GB internal memory options.

Apple is rumored to be using Series 7000 aluminum for the iPad Mini 5. The same material encases the iPhone 6s, and it is said to be more durable and lighter than the lower grade aluminum used in previous products. While the current model is available in Silver, Space Grey, and Gold color options, it is expected that the next-generation tablet will include a Rose Gold color variant.

Other features rumored to be included in the iPad Mini 5 include the 3D Touch feature which is present in current iPhone models, IP68 protection which will make the device dustproof and waterproof, and the new iOS 10 operating system. The device is expected to keep its 7.9-inch Retina display, and it is rumored to have an 8-megapixel rear-facing camera and 1.2-megapixel front shooter.

As for the price, it is estimated that the 32 GB version of the iPad Mini 5 will start at $410 for the Wi-Fi only version. Stay tuned for more news about the iPad Mini 5.