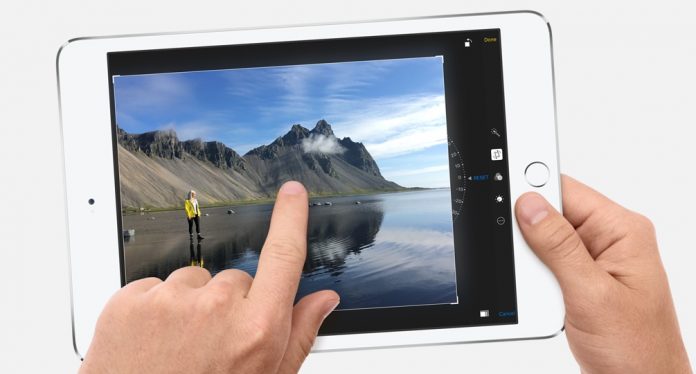 It seems that iPad fans will have to wait for next year as Apple’s recently concluded “Hello Again” event only introduced the refreshed MacBook Pro donning the OLED strip known as the Touch Bar. Given that the Apple iPad Mini 5 was once again a no-show, tech analysts are now predicting that the next-generation tablet might come out during the first quarter of 2017.

It seems like Apple has begged off from its usual schedule for releasing devices this year. Fans might remember that the current iPad Mini was presented in September of last year. However, last month’s launch event only unveiled the new iPhone 7 preloaded with the latest iOS 10 and the Apple Watch Series 2.

It’s also noticeable that the frequency of releasing device updates seems to have pared down in recent years, an example of which is the rumored to be shelved Air product line.

Furthermore, Apple may also have qualms in releasing the said handhelds as it can be recalled that tablet sales have been trending downward in recent years. It’s also rumored that the company’s fourth quarter’s earnings may have missed the revenue target which could be one of the reasons for the delayed release of the iPad Mini 5.

Nevertheless, many are still optimistic that a new iteration of the iPad Mini might see the light of day during the aforementioned release window. Some of the rumored specs and features for the iPad Mini 5 include an aluminum case, a more slender contour, the A9 chipset and the latest version of the iOS 10.

The next render of the iPad Mini may also drop the 16 GB base version and the entry-level variant, once it materializes, is believed to be carrying 32 GB of storage space.

Given that the recently concluded keynote could be the last press event for Apple this year, fans will have to wait until next year to see whether the highly anticipated iPad Mini 5 comes to fruition alongside other devices that were no-shows during this year’s Apple events.