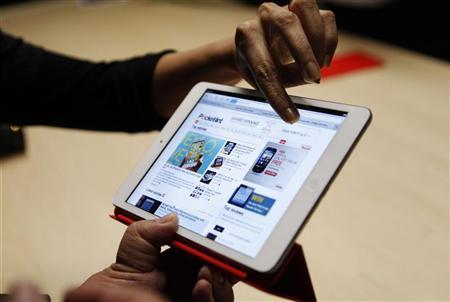 Of all the devices under the iPad range from Apple, the Mini is the one that’s getting most of the cancellation talk as of late. It isn’t simply due to the lineup becoming a little less popular in the past couple of years, but mainly because Apple did not provide any information about its rumored fifth iteration during the company’s event last September.

However, multiple tech publications online keep on posting rumors that the would-be iPad Mini 5 isn’t dead at all and that it will be coming in with a new name and rather minimal design changes. HNGN, for instance, quoted previous leaks saying that the fifth-generation iPad Mini will have a conservative frame but no significant enhancements, both in terms of software and hardware. The intriguing prospect though is that the new device is reportedly going to sport a thinner design, something which is quite surprising if proven true because the existing iPad Mini 4 is already very thin.

In order to be successful at making the upcoming mini tablet device a lot thinner, Apple could be forced to use a 7000-series aluminum chassis, which in turn protects thin devices like it against bending and shock.

Meanwhile, other tech pundits are under the impression that the reason why there are rumors of the iPad Mini 5 getting ditched is because Apple decided to reclassify and place it under the iPad Pro umbrella. Therefore, the device is most likely to be launched as the iPad Pro Mini. But if it really is true that the upcoming device will be rebranded, why wouldn’t it come with major changes? It feels a bit awkward to rebrand it without putting much into it, right?

But as long as Apple declines to hand out any details about the device, specifically whether or not it is in development, speculations and theories about the iPad Mini 5 won’t stop surfacing online.

iPhone 8 release date, specs rumors: OLED panel should be a...