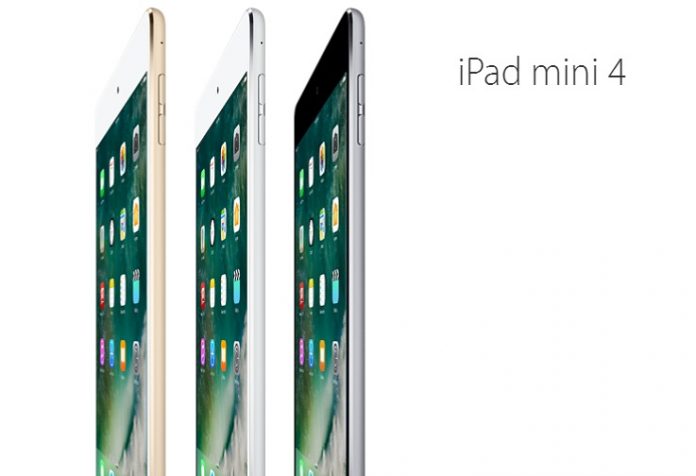 Rumors are rife that touted next-generation device, the iPad Mini 5, may arrive in 2017 alongside a brand-new iPad Pro 2.

According to reports, since both of the tablets were not part of the recent September keynote address wherein the new iPhone 7, iPhone 7 Plus and Apple Watch 2 were revealed, they could be highlighted next year. Based on the history of the company’s previous announcements, they usually hold several events early in the year, one of which is the Worldwide Developers Conference.

If this comes to fruition, tech enthusiasts believe that instead of having two separate product lineups, iPad Mini 5 may be rebranded as the iPad Pro Mini. This is said to prevent possible competition between the devices, with the gadget possibly serving as a more affordable choice than its 9.7-inch counterpart.

When it comes to specifications, the mini version may come with support for a 3D Touch pressure-sensitive panel similar to the iPhones which provide an enhanced user experience. It could also be made with a 7000-series aluminum chassis to render a lighter and thinner unibody. It is also believed to make the tablet more durable and less pliable.

Under the hood, the iPad Mini 5 may be equipped with an improved A9 processor partnered with 2 GB of random access memory (RAM). The base storage may start at a larger 32 GB as compared to its predecessor which had 16 GB. Additional options for 64 GB and 128 GB may also be offered for potential owners who want a more spacious device.

Meanwhile, the cameras may boast better lens capacities at 8 megapixels for the rear camera and either a 1.2-megapixel or 2-megapixel front-facing shooter. It is likely to be preinstalled with the latest mobile operating system, iOS 10.

Since Apple has yet to confirm any detail regarding the iPad Mini 5, available information should be taken with a grain of salt. More details are expected to be revealed as the company will have its fourth quarter earnings conference call on Oct. 25 at 2 p.m. PT/ 5 p.m. ET.