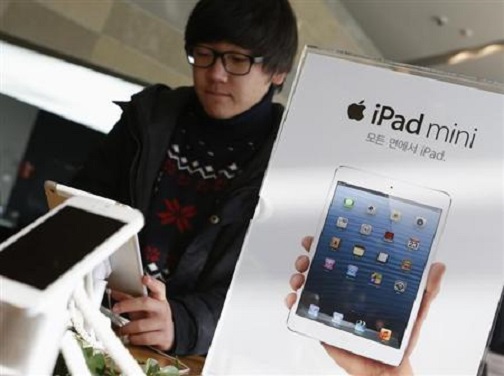 There is a huge cloud of uncertainty as to the fate of the Apple iPad Mini 5; while everyone wants to believe it does exist and Apple is looking to do a major launch, the fact remains that the Cupertino-based tech company still has remained silent about everything. Not even a constant flow of rumors and speculations will persuade the company to finally admit its existence.

But does it also mean it’s time to start forgetting about it? Well, the small and stripped-down sibling of the iPad and iPad Air may be falling into oblivion, but the absence of an Apple confirmation about its cancellation will bring the littlest hope.

One of the most recent rumors about the fifth-generation iPad Mini is that instead of releasing it as the iPad Mini 5, Apple will be integrating it into the upcoming iPad Pro 2 lineup. Simply put, it’ll become one of the three variants of the iPad Pro 2, with it retaining the 7.9-inch version while the other two will offer 12.9-inch and 10.5-inch screens.

And if this rumor is indeed true, how will this affect the market for the iPad Mini? Will those loyal to the lineup still purchase the new version with a new name, say the iPad Pro Mini? Features and specifications wise, will there be any distinctive additions that’ll make it appear or function more like a tablet for professionals? There are just way too many questions that need answers at this point.

Finally, MacWorld previously reported that the new iPad Pro Mini will be equipped with a significantly improved A9X processor, 3D pressure-sensitive screen technology, and a premium aluminum shell, all of which comprise a would-be high-end professional mini tablet computer.

For the fans of the iPad Mini line, it no longer matters if the tablet will be offered as a standalone or a member of the iPad Pro 2; what’s important is that an announcement has to be made soon.

iOS 8.4 jailbreak made available by TaiG