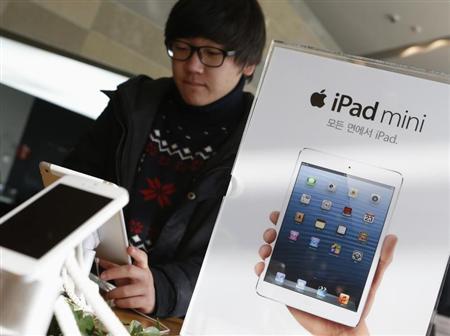 The iPad Mini has fallen out of favor lately, but Apple isn’t closing any doors on a new iteration. The truth is the American company’s silence on the development and release of the supposed iPad Mini 5 is the only reason why most people believe the lineup is dead.

Although there are still so many people hoping that a fifth-generation iPad Mini will be released, it’s highly unlikely that it will be announced or launched this year. According to the Christian Times, the device may still be launched but with a different name or image, probably the iPad Pro Mini.

Specs wise, the rumored iPad Mini 5 will reportedly sport a remarkable 5 mm thickness, which obviously is a lot thinner compared to the iPad Mini 4’s 6.1 mm body. But the biggest issue that corresponds to a smaller body is the battery. The current model came in with 5,124 mAh, which was more than enough for a day’s worth of operation. With a thinner design, does it mean Apple is willing to gamble on a smaller battery? And if the battery capacity turns out to be smaller, it’ll make sense to equip the device with an A9 processor instead of the new A10 from Apple. Nonetheless, the A9 chip is still an improvement compared to the iPad Mini 4’s A8.

Meanwhile, PC Advisor notes that the new iPad Mini tablet device could come with a more durable outer shell in the form of the 7000 series aluminum body intended to make the entirety of the tablet sturdy and unbendable.

The rumor claiming that the fifth-generation iPad Mini could be renamed is in congruence with the speculation of a more durable aluminum body since Apple might be planning to rebadge it as a tablet alternative for professionals, hence the term “iPad Pro Mini.”

With Apple scheduled to hold a huge September event, where the likes of the Apple Watch 2 and iPhone 7 are set to be announced, there is little hope that the iPad Mini may also be inserted.