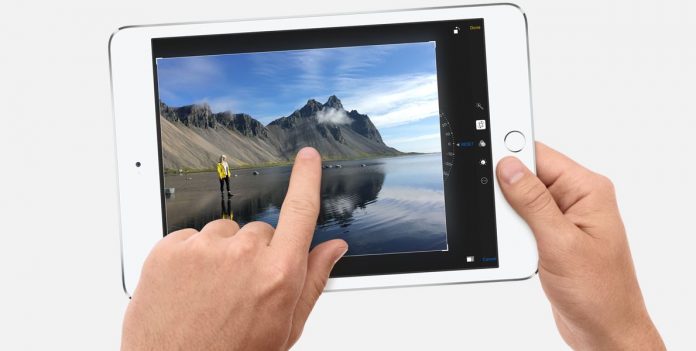 At present time, Apple has remained quiet regarding the release date of the iPad Mini 5 and the iPad Pro 2. However, reports have claimed that these two much-anticipated Apple products have been slated for release in March 2017.

Avid users of Apple products and speculators somehow had expected the unveiling of the iPad Mini 5 during its event on Oct. 27. However, Apple instead focused its attention on unveiling the new MacBook Pro, with its new Touch Bar.

According to GameNGuide, if the iPad Mini 5 manages to successfully launch next year, the new gadget may be built with a new A9 processor and an M9 motion co-processor. It could also be built with a better camera as well as a 7.9-inch Retina IPS display with 3D touch. It may also sport an aluminum chassis for improved durability.

The original iPad Pro was launched back in September 2015. With the unveiling of the iOS 10 back in June of this year, it was expected that the iPad Pro 2, equipped with this new mobile operating system, was going to be revealed before the end of 2016. However, according to PC Advisor, reports point to a 2017 launch of the product instead.

Among the reports of improvements in the iPad Pro 2 include the improved iOS support for the Apple Pencil, an optional stylus that works on limited apps for the iPad Pro models. There are also reports that the iPad Pro 2 shall have “faster display technology that allows for smoother zooming, panning and scrolling.”

Apple will be holding a keynote event in March 2017. As pointed out by Macworld, based on the past behavior of the company when it comes to product launches, the iPad mini 5 and the iPad Pro 2 may be finally making its official unveiling then.

For now, no official announcements from Apple about the two products have so far been made.