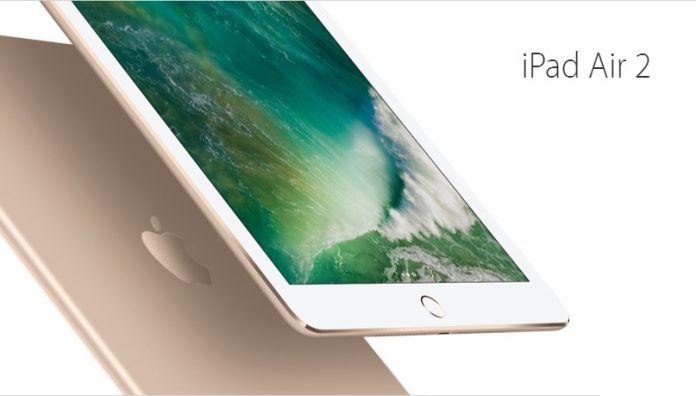 After only revealing their newest flagship handset and timepiece earlier this month, many are now convinced that Apple may have silently axed off the Air franchise which includes the rumored iPad Air 3. There are still quite a few though who are upbeat enough to think that the company’s thinnest mobile device could still live for another day as it is said that the tablet might be hitting the stores in 2017.

Apple enthusiasts now wait for the company’s rumored upcoming event next month as many of them are keeping their fingers crossed that the Cupertino-based premium device maker will be finally introducing the tablet’s latest make alongside other Air gadgets and devices that were snubbed during the Sept. 7 event.

Moreover, the sketchy iPad Air 3 is also rumored to be presented with subtle alterations in terms of the tablet’s specs since it was observed by most online publications and consumers at this month’s keynote that both the new iPhone and Apple Watch only boasted of dud features some of it had already been showcased by its competitors including the water-resistant attribute of the iPhone 7 that’s already been in Samsung’s flagship and top-end smartphones for quite some time now.

Hence, fans are now assuming that the next iPad Air could be offered at a cheaper cost and could be crowned as Apple’s next budget device as it was also predicted by famed Apple device seer Ming-Chi Kuo.

Meanwhile, rumors about the tablet’s external and internal specs are quite few and far between, but if rumors are anything to go by, the new iPad Air’s profile could be pressed further to a narrower 5 mm body with its components encased within a sturdy aluminum frame. Moreover, it could finally be carrying Apple’s newly released iOS 10 operating system that’s under scrutiny as of late as some who have downloaded it reported that it made their devices quite sluggish.

Since Apple has remained tight-lipped with their rumored devices, fans might want to keep themselves in the know and wait if the abovementioned speculations would tally next month.