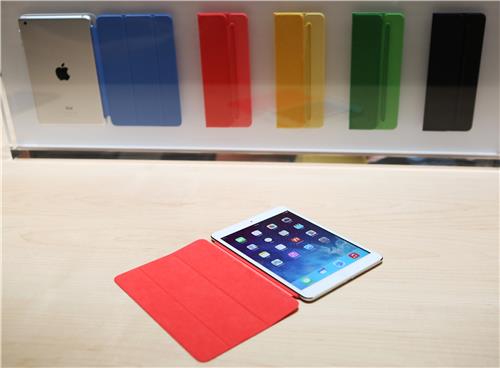 The existence of a third-generation iPad Air is still pretty much debatable. Although those who are eagerly waiting for it remain very optimistic, the fact that Apple has been totally mum about its development has to be considered the best proof that the company may have already put an end to the lineup. After all, there’s the iPad Pro that’s getting majority of the attention for the moment.

There almost is certainty that Apple will be holding an event this month, perhaps another instance where the tech giant will be launching a new product or device. But the question of whether that device is the iPad Air 3 or not still looms since previous rumors claim that the tablet is likely to be released at the end of the year.

As far as aesthetics is concerned, Mobile & Apps believes that the iPad Air 3 no longer has room to be slimmer and sleeker considering how thin its predecessor already is. Therefore, it makes more sense to bet on a bigger and possibly thicker iPad Air 3 with a variety of color choices. The same report adds that the company’s own A10 processor will be placed inside the rumored tablet since it won’t make any sense if the processor is older than what Apple has put in its flagship smartphone, the iPhone 7.

The iPad Air 3, considering the changes and improvements Apple has unveiled in last month’s event, should be equipped with the latest innovations, including a better screen resolution and display, as well as improved random access memory (RAM) and built-in storage.

At this point, there are only a few more weeks or even days left before the rumored October event, but if the iPad Air 3 fails to appear once again, the likeliest release will be early next year, provided that the device is indeed in the works.

This week's Xbox One, Xbox 360 Deals with Gold includes 'Star...