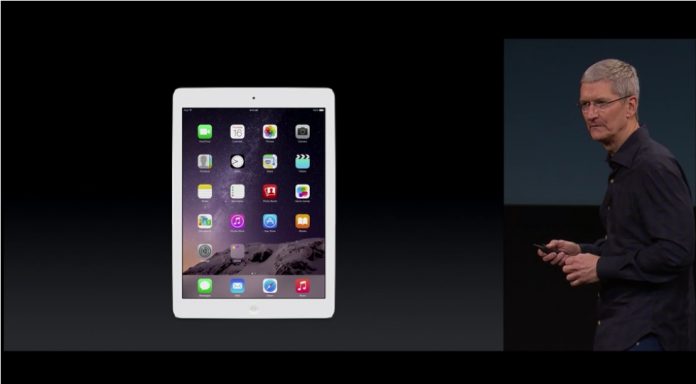 Now that Apple may well seem to discontinue their Air lineup since nothing has been heard about the said hardware series aside from its rumored cancellation, there are still very few hopefuls that are expectant that Apple might be salvaging a device or two from the series. One of which is a third installment of the iPad Air that is said to be introduced in October.

It has been reported early on that the Cupertino-based tech provider has a penchant for rolling out the said variant of the iPad during the October timeline. Fans might still recall that the first two iPad Airs were both launched on that month. However, the ultraportable device’s fate is in peril now that rumors are immensely rife about the discontinuation of its other relative which is the MacBook Air.

Meanwhile, in the event that Apple will unveil an iPad Air this fall, there are talks that the tablet will be preinstalled with the latest iOS 10 operating system with 32 GB of free space. It is also said that it could don a robust aluminum finish back cover to prevent the so-called “Bendgate” fiasco which happened with the iPhone 6.

Moreover, the iPad Air 3 might bear a Force Touch attribute which could mean that the device will have pressure sensors lodged onto the screen. Reports also suggest that the tablet will still maintain some internal specs that were previously installed on earlier released iPads. Components such as the A9X chipset and the “Oscar” motion processing unit that were fused into last year’s iPad Pro will comprise the innards of the rumored iPad Air 3.

Another rumored component to be included in the yet to be announced iPad Air 3 is the Smart Connector, with its three small circles that will enable the device to be interconnected with other compatible electronic contraptions.

As aforementioned, the iPad Air 3 is assumed to be unveiled this October at Apple’s technical event.