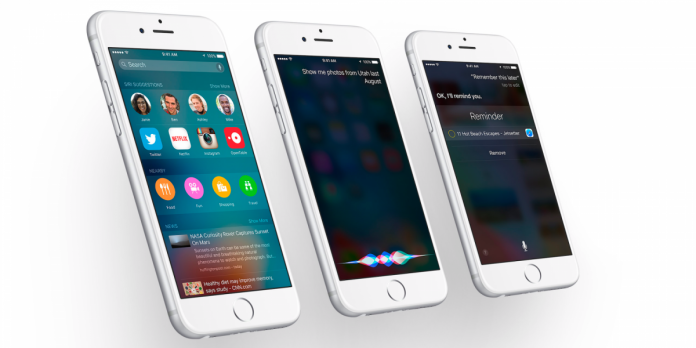 9to5Mac rounded up rumors about the new operating system from the Cupertino-based company. Unlike how Google releases new versions of its open-source Android software, Apple has always been silent about their software and does not normally offer developer beta tests.

The iOS 10, when it comes to applications, is expected to introduce the ability for users to hide some of the device’s stock applications from the Home screen, thereby reducing the number of icons. HomeKit is also expected to come as a standalone app now. Additionally, a paid subscription service may be introduced to the News app, Apple’s news source application that was introduced with the iOS 9.

Improvements on the functionality of Siri are expected as well since Apple has been long rumored to finally bring the digital personal assistant to its newest MacBook laptops through the new flagship operating system, OS X 10.12.

Also, in light of the recent feud that the company had with the FBI regarding iCloud security, Apple is reportedly working on improving and strengthening the security and encryption features of its iCloud storage service.

The Apple Pay service may also see some improvements. Some of the expected new features of Apple Pay include person-to-person payment system, ATM withdrawal functionality, and expansion of support to more countries. Also, it has been reported that Apple will introduce the feature of unlocking MacBook laptops running on the new and upcoming OS X 10.12 through a Touch ID Apple device.