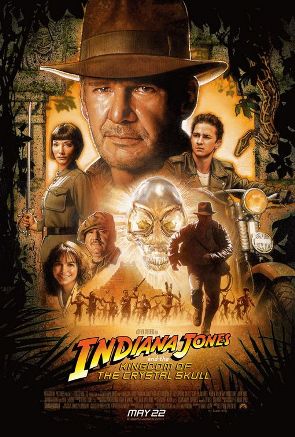 Disney’s acquisition of production company Lucasfilm in 2012 for $4 billion gave them the rights for both “Indiana Jones” and “Star Wars.” The latter has already been in theaters worldwide since December 2015, and now an “Indiana Jones” movie is on its way.

In an interview with Bloomberg News, Disney chief executive officer Bob Iger confirmed the company’s plan to revive the archaeologist’s story, but only as a side note to his talk about the latest “Star Wars” installment.

“With George Lucas’s Star Wars and Indiana Jones, by the way, which will be coming, we have more great stories,” he told Bloomberg.

The success of “Star Wars Episode VII: The Force Awakens,” the fastest film to reach $1 billion at the worldwide box office, has brought speculations about an “Indiana Jones” revival, but Iger refused to give further comment as [the company] is still focusing on the “Star Wars” franchise.

Renowned director Steven Spielberg, who handled all of the four “Indiana Jones” films, had expressed his interest in working again with the series.

He told French radio station RTL in November, “I am hoping one day to make it to an Indiana Jones V. I would hope to make it before Harrison Ford is 80 and I get much older.”

“Indiana Jones and the Kingdom of the Crystal Skull,” the fourth film in the “Indiana Jones” franchise released in 2008, had received mixed reviews. It starred Ford, Oscar-winner Cate Blanchett, and Shia LaBeouf who played as Ford’s on-screen son.