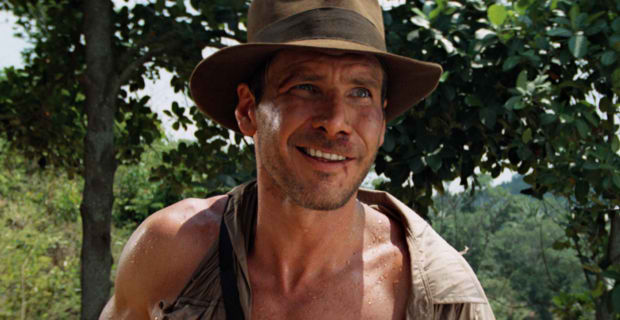 After more than eight years since the not so successful return to the big screen, famed adventurer and archeologist Indiana Jones is once again back for another new adventure. The franchise’s main star, Harrison Ford, recently talked about his excitement in reprising one of his most iconic roles for the big screen.

In his recent appearance at one episode of “Jimmy Kimmel Live!,” Ford revealed that he is very much excited to once again don the trademark fedora and the trusty whip of the classic adventurer.

“The opportunity to work with Steven again on this character which has brought pleasure to so many,” Ford said. “Not to mention me.”

Bringing back Indiana Jones to the big screen is not the first time Ford reprised one of his classic and much loved roles. In 2015, the actor reprised Han Solo in the blockbuster hit “Star Wars: The Force Awakens.” Additionally, the actor is set to appear in the upcoming “Blade Runner” sequel film alongside Ryan Gosling.

In a press release announcing the return of Indiana Jones, Disney expressed their excitement in working with an ensemble of people for the new adventure.

“Indiana Jones is one of the greatest heroes in cinematic history, and we can’t wait to bring him back to the screen in 2019,” said Alan Horn, Chairman of The Walt Disney Studios. “It’s rare to have such a perfect combination of director, producers, actor and role, and we couldn’t be more excited to embark on this adventure with Harrison and Steven.”

David Koepp had been announced as the screenwriter for the film. His previous credits include the 1993 classic blockbuster hit “The Lost World: Jurassic Park” and the apocalyptic film “War of the Worlds.” Koepp was also a co-writer for the previous “Indiana Jones” film, “Indiana Jones and the Kingdom of the Crystal Skull.”

Tekken 7 release date: could be out in the west some...