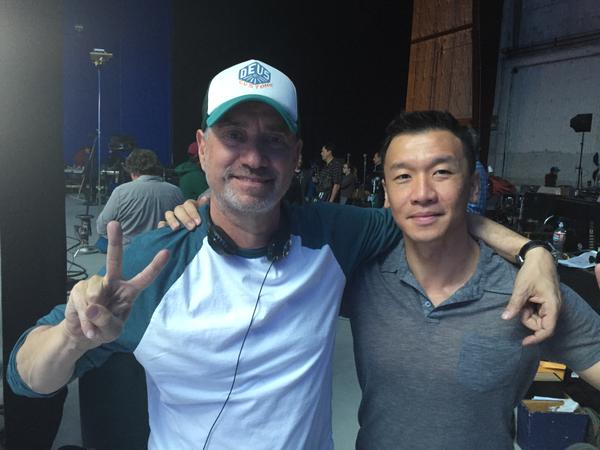 Singapoeran actor Chin Han will reunite with director Roland Emmerich to join the cast of Independence Day 2, the sequel to the 1996 alien invasion movie starring Will Smith and Bill Pullman.

Chin Han, who starred in movies like The Dark Knight, Contagion and Restless, was part of Emmerich’s disaster movie 2012 which was released in the same year.

Emmerich himself tweeted his warm welcome for the actor when he arrived on the set.

“Super excited to officially welcome Chin Han to the cast of #IndependenceDay2 @TheChinHan,” the director posted.

According to a report from Variety, Han will play the leader of the Chinese Space Squadron.

Emmerich also used his twitter account to announce that Chinese model and actress Angelababy will also be joining the cast for a yet undisclosed role.

The actress, who has starred in countless Chinese movies, will make her first appearance in a Hollywood movie in the upcoming Hitman: Agent 47 which will hit theaters this August.

The two new additions join the returning cast members from the first movie which include Bill Pullman and Jeff Goldblum, who will reprise their roles as President Whitmore and scientist David Levison. Brent Spiner, Vivica A Fox and Judd Hirsch will also return to the franchise to reprise their original roles, reported ZeeNews.

Will Smith will not be returning to the franchise but his character will still be connected to the story as the father of Jesse Usher’s character Dylan Hiller. Smith played Captain Steven Hiller in first movie.

Based on plot released by 20<sup>th Century Fox, the film will focus on world leaders using a recovered alien technology to embark on a massive defense program to protect the planet. However, the plan will face some challenges as the aliens bare their advanced and unprecedented force.

Like in the first movie, the world will have to rely on the courage of Earth’s heroes to save humanity from extinction.

The film has a tentative release date of June 23, 2016, in time for the 20<sup>th anniversary of the original movie.

Prince album release: exclusive release to TIDAL on September 7 for...