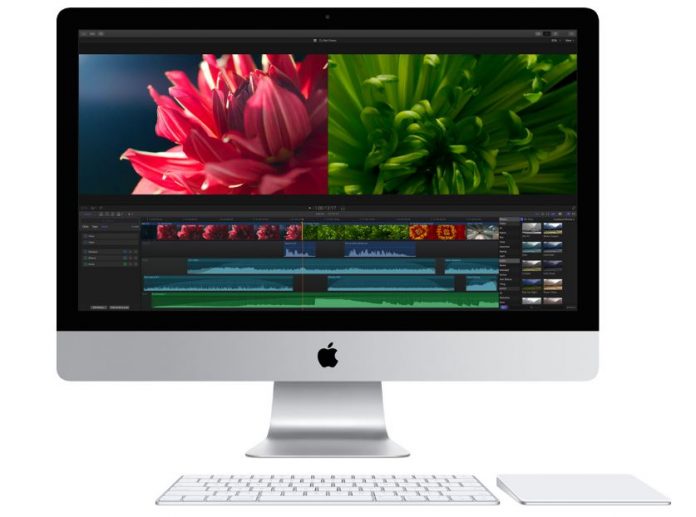 It’s a known concept that Apple’s iMac is not an ordinary personal computer. It has ultra-flash storage, a high-capacity hard drive, and 4K to 5K display resolution with spectacular graphics. All these high-end specifications are packed in a thin, seamless enclosure. However, with the continuous technological advancements in the computer world, it’s no question that Apple can still upgrade their iMac line of products.

Tech Crunch reported that Apple’s executive Tim Cook has claimed that “great desktops” are on its way.

“Some folks in the media have raised the question about whether we’re committed to desktops,” Cook wrote to an employee message board. “If there’s any doubt about that with our teams, let me be very clear: we have great desktops in our roadmap. Nobody should worry about that,” Cook added.

Also, the executive officer hinted at desktop computers with improved performance in the near future because he believed they are “really important, and in some cases critical, to people.” The upcoming performance enhancements include the screen size, processor, storage capacity, and input/output communication system.

Some sources have said that the upcoming generation of iMac units will likely have USB-C ports and AMD graphics chips. Although, design-wise, the enhancements would be limited. There is, however, a possibility of standalone keyboards with a Touch Bar and Touch ID.

The American semiconductor company, AMD, has reportedly signed a contract with Apple to manufacture and supply modified discrete graphics chips for the next upscale 27-inch iMac and 15-inch Retina MacBook Pros. AMD’s new graphics chips are expected to double the performance of its latest-generation chips.

KGI Securities analyst Ming-Chi Kuo reported that the California-based computer giant is working on updated iMac models. The 2017 iMac may be released in the middle of this year. Kuo speculated that the iMac will have a 21.5-inch model and a 27-inch model.

It should be noted that details for the 2017 iMac are yet to be revealed. Readers are advised to take everything with a grain of salt.