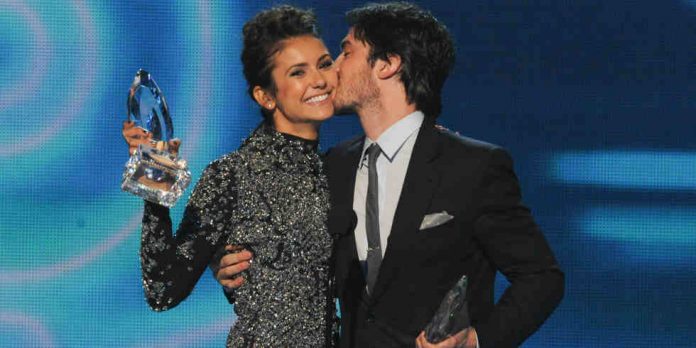 Awards season has once again arrived, and aside from who won what and who stars wore on the red carpet, Hollywood fans are also very curious who bumped into whom. Unfortunately, coincidental meeting is not always good in an industry as small as Hollywood as chances are actors will come across someone whom they were associated before, whether it’s for a project or a personal relationship.

In Ian Somerhalder and Nina Dobrev’s case, it is both. Former cast mates in The CW hit show “The Vampire Diaries” and also former lovers were reportedly reunited in a Golden Globes after party last Sunday. Although specific information regarding the supposed meeting was limited, fans of Damon and Elena got excited igniting rumors of reconciliation. Sad to say, the two seemed happily separated with Somerhalder marrying actress Nikki Reed and Dobrev starting a new relationship with “Dancing with the Stars” alum Austin Stowell.

Speaking of “The Vampire Diaries,” co-creator Julie Plec has told E! News that she has begun thinking of ways to wrap up the show. With numerous rumors signaling that there are problems among its remaining mainstays. The 43-year-old writer said, “I finally realized that my destiny on this show, creatively, is tied in to Ian Somerhalder and Paul Wesley. And I mean that in a really good way.”

“When they are ready to be done telling the story, I will put my pencil down and say that I’m done too, and then we will work together to end it in the best way possible,” she promised adding that as long as the two are down to continue the show, she will also be there.

But then, Plec also acknowledged that a sudden wrap up can bring a few problems in terms of storytelling. “There’s always things that could go wrong in that scenario, there’s always pressure that can be put on, but… the three of us I’d like to think will make the creative decision of when the show should be over.”