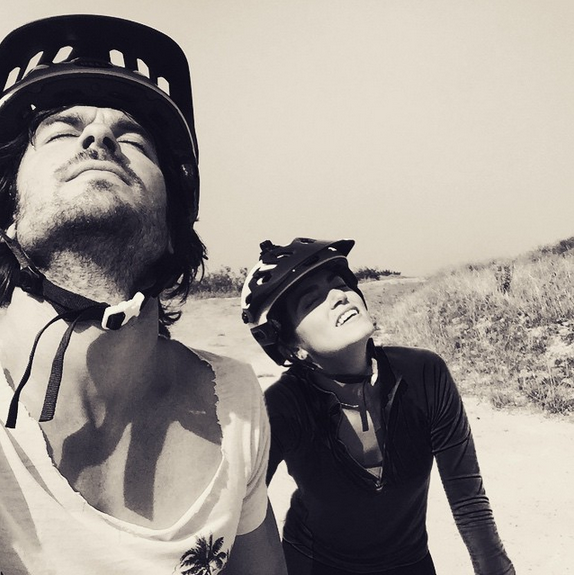 Almost a year since they got married, “The Vampire Diaries” star Ian Somerhalder and “Twilight” actress Nikki Reed are still not showing signs of leaving the honeymoon stage of their relationship.

According to a report by Hollywood Life, the couple were unafraid to show their sweetness as they attended the Golden Globes together.

The report said that the couple were spotted by numerous eyewitnesses who attested that they were very affectionate and cuddling before heading off to the afterparties.

The report even cited a source who said that Ian at one point, even stopped, pulled Nikki close and said “I love you” to her before they kissed.

The two, however, made sure that they did not draw too much attention to their sweetness whenever there were members of the media present and were careful to be discreet in front of the press, contrary to how they displayed their love in front of their peers.

“They did this all away from any camera. They didn’t know I was eagle eye on them during that moment. But love apparently still burns with them,” the source said.

Meanwhile, a report by Just Jared revealed that Ian Somerhalder and his on screen brother Paul Wesley hung out on a double date with their lady loves recently.

Ian and Paul were joined by real life loves Nikki Reed and Phoebe Tonkin at the 2016 Art of Elysium Heaven Gala held at 3LABS in Culver City, California. The event was hosted by Vivienne Westwood and Andreas Kronthaler.

Tonkin, who used to star with Somerhalder and Wesley in The CW’s “The Vampire Diaries,” now stars in the spinoff, “The Originals.”

She started dating Wesley in July 2013, and the two went public with their romance in September of the same year, reported E!

'The Flash' movie news: the difference between TV, film versions