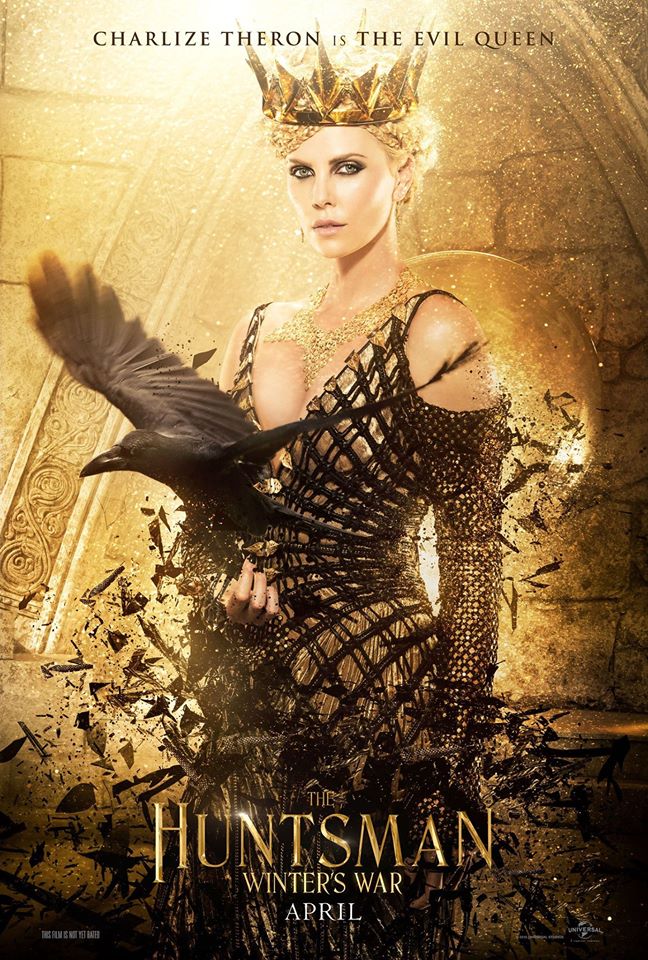 Charlize Theron once again dons her evil queen costume for the “Snow White and the Huntsman” sequel, titled “The Huntsman: Winter’s War,” set for release in 2016. She will be joined by co-star Chris Hemsworth, reprising his role as the huntsman, and Emily Blunt and Jessica Chastain who will be playing new characters.

Universal Pictures teased the public by posting exclusive character posters for the upcoming film in its official Facebook page and Twitter account. The posters show the four main characters in the movie, namely the huntsman (Hemsworth), the evil queen (Theron) and her sister the ice queen (Blunt), and the warrior (Chastian).

The movie will expand on the universe of the fairy tale surrounding Snow White and the huntsman. It will show how the fates of the huntsman and the evil queen, as well as that of the warrior and the ice queen, are connected.

Below is the official plot of the movie:

“Long before the evil Queen Ravenna (Theron) was thought vanquished by Snow White’s blade, she watched silently as her sister, Freya (Blunt), suffered a heartbreaking betrayal and fled their kingdom. With Freya’s ability to freeze any enemy, the young ice queen has spent decades in a remote wintry palace raising a legion of deadly huntsmenincluding Eric (Hemsworth) and warrior Sara (Chastain)only to find that her prized two defied her one demand: Forever harden your hearts to love.

“When Freya learns of her sister’s demise, she summons her remaining soldiers to bring the Magic Mirror home to the only sorceress left who can harness its power. But once she discovers Ravenna can be resurrected from its golden depths, the wicked sisters threaten this enchanted land with twice the darkest force it’s ever seen. Now, their amassing army shall prove undefeatable…unless the banished huntsmen who broke their queen’s cardinal rule can fight their way back to one another.”

The official trailer was released on Wednesday, Nov. 18, following a previous tweet from Theron.

“The Huntsman: Winter’s War” is set for release on April 22, 2016. The movie is written by Evan Spiliotopoulos and Craig Mazin, produced by Joe Roth, and directed by Cedric Nicolas-Trojan.