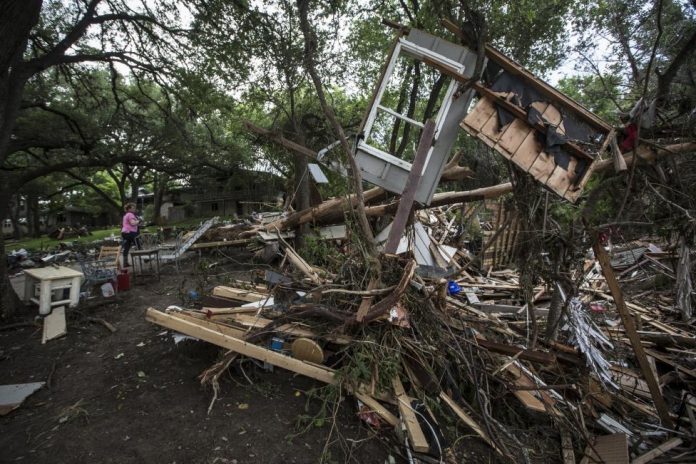 Hundreds of people were ordered to evacuate flood-threatened areas of Texas on Wednesday as storms bringing torrential rains battered the state, where at least 15 people have been killed in weather-related incidents this week, including six in Houston.

People were told to stay away from more than 200 homes in Parker County where the Brazos River was poised to overflow its banks about 30 miles (50 km) west of Fort Worth on Wednesday night, county officials said.

The death toll in Texas was expected to rise, with about a dozen people still missing and a new round of thunderstorms pelting the already flooded cities of Houston and Austin.

In Hays County alone, nine people were missing after flood waters on Monday swept away homes from their foundations. Three people in the county, about 30 miles (50 km) southwest of Austin, were already confirmed dead.

The return of heavy rains was impeding emergency rescue efforts.

“The river is going to start to rise again,” said Kharley Smith, the Hays County Emergency Management coordinator. “It is going to shift the previously inspected debris piles.”

Floods damaged about 4,000 structures and snarled transport in Houston, the fourth most-populous U.S. city, where more than a thousands vehicles were trapped in rising water.

The body of the latest victim in Houston, a 31-year-old man, was discovered near a submerged vehicle, the Harris County Institute of Forensic Sciences said. His name has not been released.

The storms dealt a blow to air travel in the region with nearly 240 flights canceled as of 5:30 p.m. (18:30 EST) at airports in Dallas and Houston, which are among the nation’s busiest.

Near Dallas, police evacuated people living near a dam that had threatened to burst due to surging floodwaters. Water topped the dam and police ordered people living downstream to evacuate and move livestock to higher ground.

There was no damage estimate available for Texas, which has a $1.4 trillion-a-year economy and is the country’s main domestic source of energy.