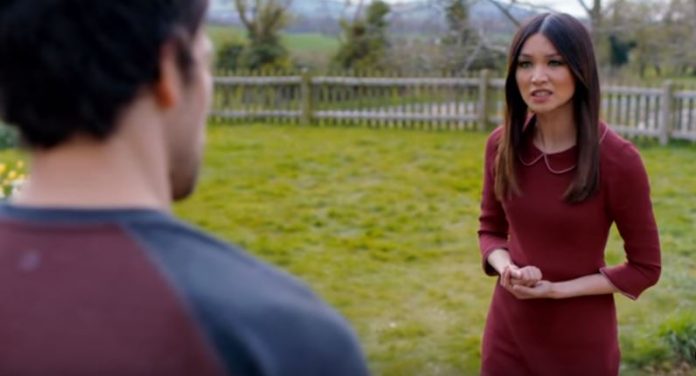 The new trailer of “Humans” has been released, and the clip shows how the synths are faring after they parted ways last season.

In the clip, Mattie (Lucy Carless) says that synths all over the world are waking up, “like a virus spreading.” Max (Ivanno Jeremiah) is seen approaching another synth and tells her not be afraid. The synth tells him that she is experiencing “catastrophic malfunction.”

Meanwhile, the Hawkins family appears to be having a hard time moving on after everything that they learned about the synths in season 1. It can be recalled that Mia (Gemma Chan), who called herself Anita while working for the family as their nanny, left the Hawkins behind in the finale and settled down in an idyllic seaside town.

But Mia’s temporary peace is shattered as Leo (Colin Morgan) tells her that they have to do something about the other synths.

“What can any of us teach them? We’ve hardly lived ourselves,” says Mia.

Season 1 of “Humans” ended with all the synths being captured by Hobb (Danny Webb), but Laura (Katherine Parkinson) forced him to set his captives free by threatening to release Leo’s memories to the media. The synths wanted to give all the other synths consciousness by uploading the consciousness program in their systems but ultimately, they decided to download it to a hard drive and gave it to Laura for safekeeping before they split up. Unbeknownst to them, Niska (Emily Berrington) made a copy of the program for her own use.

Speaking with Entertainment Weekly, Chan previewed what lies ahead for her character and Niska, and the actress said that for the first time, Mia has a chance to find out more about who she is.

“She’s determined to try and build her own life,” said the actress about her character, who will be employed in a caf when the show returns. It was reported that Mia will form a bond with caf owner Ed (Sam Palladio).

As for Niska, she won’t be as careful as Mia with her new life and freedom.

“Niska’s view of humanity is still developing… but she goes on a very interesting journey in season 2,” said Chan.