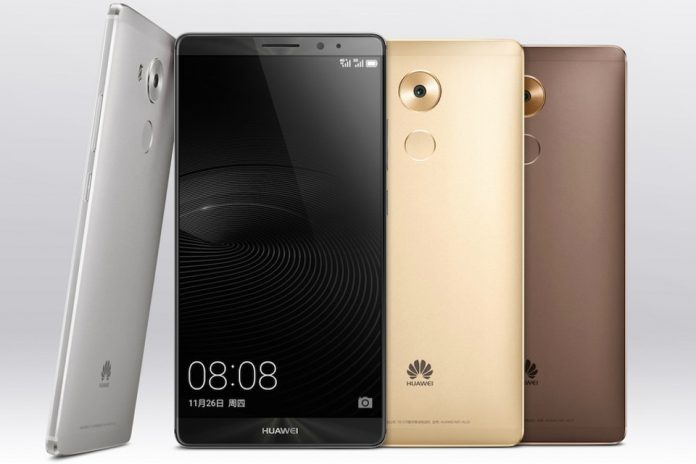 The new Huawei Mate 8, the Chinese company’s newest flagship smartphone, will be coming to the U.S. sometime soon, as evidenced by the recent certification the device received from the U.S. Federal Communications Commission or the FCC.

The FCC listing for the Huawei Mate 8 did not detail any of the hardware and software specs of the devicenot that it is not known yet right nowbut it did show an image showing where the FCC certification label will be placed.

The Huawei Mate 8 and the Honor 5X have been rumored to be coming to the U.S. previously. Now, with the FCC certification for the Mate 8 released, only the Honor 5X is awaiting confirmation. It is expected that both devices will be showcased by Huawei at the upcoming Consumer Electronic Show this January 2016.

To recall the specs, the Huawei Mate 8 was released several weeks ago as the very first Huawei device to carry with it the newest HiSilicon Kirin 950 chipset. It features an octa-core CPU composed of four heavy-duty Cortex A72 coresat 2.3GHz frequency and coupled by four Cortex A53s for more efficient power usage clocking in at 1.8GHz. This is coupled with a Mali T880MP4 GPU. Along with this is an i5 coprocessor that “supports speech recognition, low-power consumption MP3, all the functions of a sensor hub, fused location provider (FLP) navigation, and reduces location-based power consumption.”

It sports a 6-inch IPS display with a 1080p Full HD resolution. It comes with a fingerprint sensor found at the back of the device. It features a 16-megapixel main rear camera with a Sony IMX298 sensor and an 8-megapixel one on the front.

The Mate 8 boots on Android Marshmallow 6.0 with the newest Huawei EMUI 4.0 on top of it. It is powered by a high capacity 4,000 mAh battery.

Samsung Galaxy A9 Pro release date exclusively in Asia? what to...