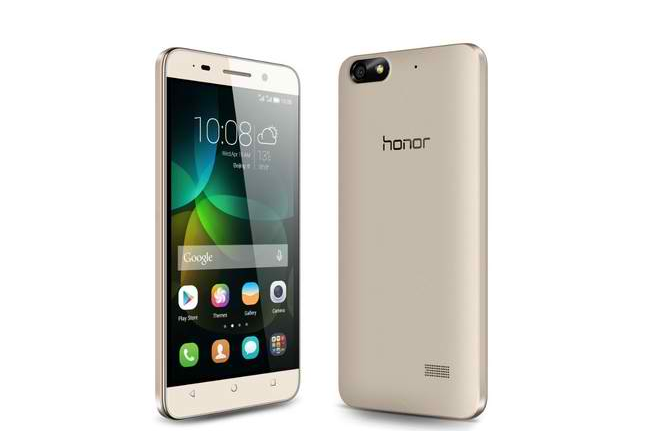 Chinese leading mobile manufacturer Huawei will be launching an upgraded version of its Honor 4C smartphone, which was just released last April of this year.

As reported by Mobipicker, the upgraded version of the Honor 4C, called the Honor 4C Plus, will be featuring a bigger storage capacitytwice as much as the first release model, making the built-in internal storage now at 16 GB capacity. The upgraded smartphone was expected to be unveiled on September 14, and go on sale the next day, September 15. No other changes and/or “upgrades” were mentioned coming.

Assuming that the rest of the specs of the Honor 4C Plus will stay like that of the original Honor 4C, the phone will be sporting a 5.0-inch wide display with 720 x 1280 pixels HD resolution. It runs under an octa-core HiSilicon Kirin 620 chip, with a 1.2GHz CPU clock speed. It packs 2 GB worth of RAM, with support for an external microSD expansion of up to 32 GB worth.

As for the camera, it features a 13 megapixels rear main camera, along with a 4 megapixels front snapper for selfies and video calling. It boots on Android Lollipop with Emotion 3.0 UI on top, and powered by a 2,550 mAh battery. The Honor 4C sold on its launch at 799 Yuan (around $125).

In other Huawei news, it was previously rumored that the Chinese mobile manufacturer is currently at work on developing a dual-curved display smartphone inspired by Samsung’s Galaxy S6 edge.

The tip came from Chinese website Weibo, and it points out that Chinese mobile company Huawei may be venturing into the dual-curve display business, as they are rumored to be releasing a dual-curved smartphone that is “2K” on all sides. This presumably means that the device will be having a Super AMOLED display with Quad HD (2K resolution) 2560 x 1440 resolution.

The report claimed that Huawei is planning to ship 3 million of the panel design a month.