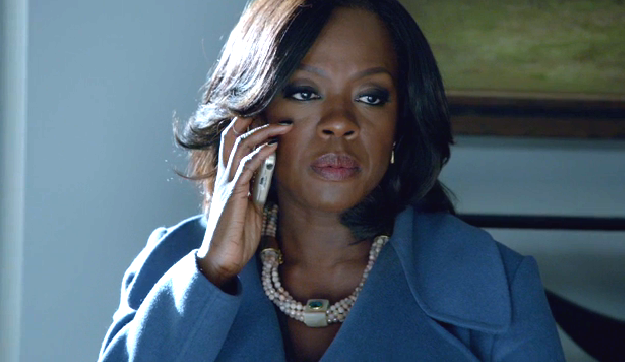 Two seasons in and viewers seem to have just scratched the surface of “How to Get Away with Murder.” The third season of the thriller from producer extraordinaire Shonda Rhimes is tipped to come back to tempt the tide next month and it can basically poke on the plot mine that it has left fans five months ago.

By the end of its sophomore run, lead star, Annalise (Viola Davis) took some time off and headed down to Memphis. However, the legal drama will waste no time trying to get to the thick of things as the actress shared to E! that in the premiere episode a “big” mystery will unravel and it will cost everyone something. A couple of flashbacks will once again incorporated, Davis confirmed, but when asked about whether another murder is in the cards for them this season, the Emmy winner graciously declined to comment. As for her involvement with Wes (Alfred Enoch), Davis says that things will be getting back to normal.

While the show is a web of interconnected stories, a specific storyline that has the fans’ interest piqued is that of Wes’s supposed bigger involvement in the narrative. Outside of his mysterious tie-in with Annalise, having discovered that his biological father was Wallace Mahoney (Adam Arkin) brought him to try and reconnect with him only to have him die once they met face-to-face. With a growing collection of traumatic experiences, “How to Get Away with Murder” season 3 is tipped to have him deal with his newest trauma, presumably being shaken up by the encounter. However, it is also good as confirmed that he will try to track down whoever gunned his father in front of him.

Earlier this year, the show’s creator Pete Nowalk reiterated that he is still very much focused on seamless transitions, especially with how his characters will tread new situations presented to them in the upcoming season.

“It’s been important to me since the beginning to not have things happen to these characters and forget about them happening. I put a lot of faith in the audience that they’ll want to keep up so it’s a balance I don’t want it to get too complicated and for people to have to remember every little thing that happens, but my favorite shows always took into account the character’s pasts, and with these actors, they’re always wanting to dig more into their characters and their backstory,” he told Variety.