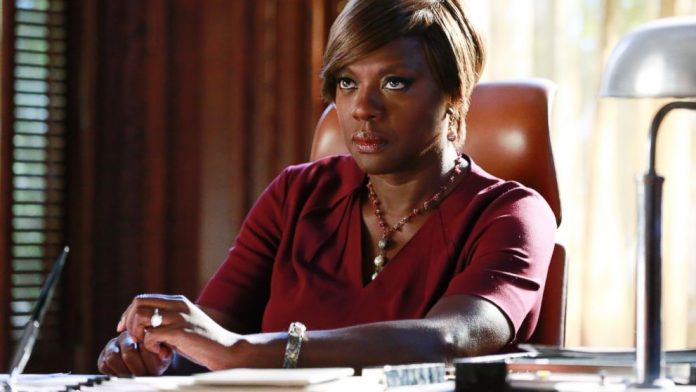 This week on “How to Get Away with Murder,” Frank’s (Charlie Weber) backstory was revealed, while a major clue about who died in the fire emerged before the hour was over.

Frank, who has been on the run since the season 2 finale, finally got in touch with someone from Annalise’s (Viola Davis) team Bonnie (Liza Weil). The two got intimate, and later, they talked about living a life away from Annalise, murder, and all the problems that they are dealing with. It seemed like a hopeful start to a relationship, but the next day, Bonnie woke up to find that Frank has left her.

In flashbacks, it was revealed that Frank had been in prison from the time he was 13 until his early 20s because he tried to kill his own father. It turns out that Annalise and Sam (Tom Verica) were the ones who helped him to get out of jail, which explains why Frank owes Sam and killed Lila (Megan West) for him.

Meanwhile, in a flash-forward, it was revealed that Michaela (Aja Naomi King) survived the fire, and while Bonnie and Oliver (Conrad Ricamora) were visiting Laurel (Karla Souza) in the hospital, it was reported on the news that a male body was found dead in Annalise’s burning house.

Does this mean that fans will be losing Wes (Alfred Enoch), Connor (Jack Falahee), Asher (Matt McGorry), Frank, or Nate (Billy Brown) this season? In an interview with E! News, Weil said that fans will be devastated once they learn about who died in the fire.

“I don’t know if there are words to describe how deeply we are feeling the loss of that person,” said Weil. “It was a huge surprise and it’s really devastating…It’s a pretty profound loss, and I have to remind myself every day that this person isn’t actually dead. It’s really upsetting.”

Next week, in the episode titled “Is Someone Really Dead?” a revelation in the Wallace Mahoney (Adam Arkin) murder shocks Annalise and the Keating 5 as the team takes on the case of a veteran facing assault charges.

It can be recalled that in the season 2 finale, Wes, who learned that Wallace was the one who raped his mother which resulted in her getting pregnant with him, was about to introduce himself to Wallace when an unseen assailant shot the man dead. There was speculation that Frank may have killed Wallace himself, but it appears that next week’s episode might feature a huge twist with regard to the killer’s identity.