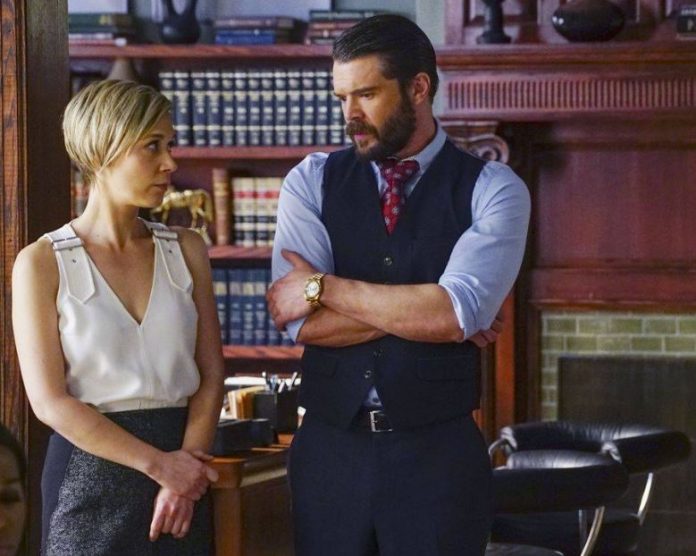 The second season of “How to Get Away with Murder” ended on a shocking note as Wallace Mahoney (Adam Arkin) the man who raped Wes’ (Alfred Enoch) mother resulting in her becoming pregnant with Wes was shot just as Wes was about to walk up to him and introduce himself. Meanwhile, Frank (Charlie Weber) left town after Annalise (Viola Davis) learned about his involvement in her accident 10 years ago which resulted to the death of her unborn baby.

In a flashback in the season ender, Frank received a suitcase of cash in exchange for planting a bug in Annalise’s hotel room during the Charles Mahoney (Wilson Bethel) trial, and Wallace orchestrated the car crash that resulted in the death of Annalise’s unborn child. Frank confessed his involvement in the accident to Sam (Tom Verica), and at the end of the hour, Bonnie (Liza Weil) told Annalise how Frank played a role in the death of her child.

When the show returns, fans will find out where Frank went after leaving his apartment in the last season.

“Frank was in the wind last time we saw him and we’re going to see where he went in the first episode,” executive producer Pete Nowalk said to Entertainment Weekly. The producer added that Frank’s betrayal of Annalise will put Bonnie in a tough spot as she has to decide whom she remains loyal to.

“Frank is her brother in arms, they are thick as thieves,” Nowalk explained. “She’s in a predicament of whose side does she take: Annalise or Frank?”

As to who shot Wallace in the series finale, Nowalk said that the answer will be revealed in season 3, but viewers should not expect to learn about the shooter’s identity in the premiere episode. The producer said that they could make the audience “wait a little bit” with regard to the matter. The premiere will also feature a brand-new mystery that explores the relationships of the characters in a deeper way.