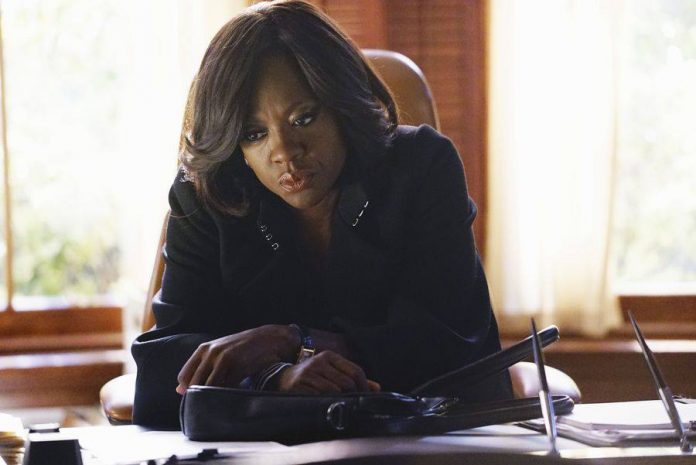 Tension is reaching fever pitch in tonight’s “How to Get Away with Murder” with Annalise (Viola Davis) already ready to throw in the towel. But fans know that there is more to this whole spectacle than what meets the eye and the hunt for who tipped the defense lawyer will soon start.

In a sneak peek for the episode titled “No More Blood,” Annalise is locked up in a cell while talking to Bonnie (Liza Weil) about who may have betrayed her. Like any gutted person, she asks her right-hand woman to look her in the eye and tell her that it was not her who caused this. Impressively, Bonnie did just that and even went to great lengths saying that she will find out who the “anonymous source” is. Fans already know at this point who the tipster is and it is interesting how everything will turn out once the truth finally spills out.

Nevertheless, with their hands tied, Annalise and Bonnie call out for help from an unlikely friend which would stir up the Keating 5. With Frank (Charlie Weber) already back in the fold, it seems possible that the duo of lawyers will actually resort to turning to him for help. And so far, it might not be a futile effort as Weber actually teased that he is ready to grovel at their feet so that they can take him back.

“He’s going to do what he can to get back in with everyone,” the actor told TVGuide in an interview on what is next for his character now that he seems to be trying to win over the people he betrayed. “He does another gesture to show that he’s still on their side. He’s trying to find his way back to Annalise and Bonnie and the house and everyone, and he knows the only way to do that is to show his loyalty.”

Then again, one cannot simply forget his long list of misdeeds against almost every single one from the Keating team. Bonnie already threw him out last week and now he needs to come to terms with the fact that Laurel is with someone new. Needless to say, at some point, he and Annalise are due for a face-to-face to which Weber says, “It’s ridiculously intense,” in a separate chat with Entertainment Weekly. “It’s been culminating the whole season and leading up to that moment when those two see each other.”