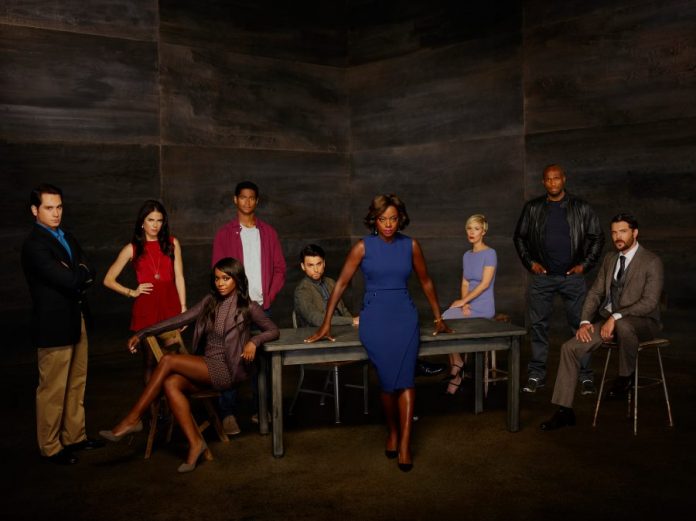 Filming of the rest of “How to Get Away With Murder” season 2 is already underway, says Pete Nowalk, the show’s creator and executive producer.

In the fall finale, “What Did We Do,” Wes (Alfred Enoch) shot Annalise Keating (Viola Davis) in the gut after being provoked by the latter. Viewers found out through a flashback that Annalise and Eve Rothlow (Famke Janssen) seem to have been involved in Wes’ mother’s death as they stood outside and watched while a young Wes, whose real name is Christophe, was interviewed about his mother’s alleged suicide.

The second half of season 2 will likely take on the story of Wes’ past, hopefully answering Eve’s question to Annalise, “What did we do?”

“Wes’ whole life and everything he knew has changed with Annalise whispering ‘Christophe’ to him. He now has to question everything. She’s obviously going to be in the hospital. Does he want to talk to her? Will she want to see him? There’s a huge mountain the two of them have to climb if they’re ever going to recover from this,” Nowalk said of the show’s characters in an interview he recently had with TV Line.

Not much else is known about the second half of season 2 or Wes’ childhood. Enoch himself is unsure about the character’s past.

In an interview with Variety, the British actor said of the flashback: “From the little that I do know, I’d guess that’s a storyline that will be developed. I know there’s going to be more about that, but I can’t speak definitively because I’m only one episode further on that the audience, but there will be more unpacking for young Wes and Eve and Annalise.”

Enoch also said that his character is certainly not over the death of Rebecca (Katie Findlay) and that he will try to get to the bottom of it.