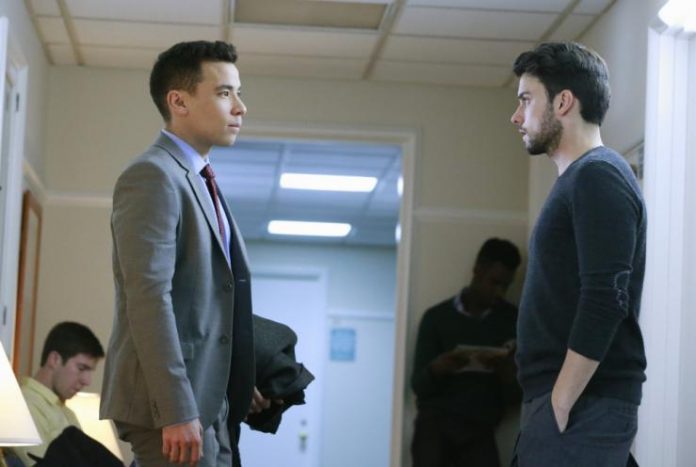 It had been an exciting season for fans of the series How to Get Away With Murder, and they have many things to look forward to in the show’s sophomore run.

They were joined by the show’s executive producer Betsy Beers, and producing director Bill D’Elia.

However, he also added that the core group of students that made up the main cast “wouldn’t be moving on quite yet.”

“Annalise has had a lot of students before work for her. None of them killed her husband,” Nowalk explained. “So these people are bonded in ways that past students have not been.”

The series creator also added that the HIV-positive scenario between the gay characters Connor Walsh and Oliver will be one of the main plot points in the second season. Nowalk explained that the two characters have a “huge fan base” and are important to the series.

Oliver had tested positive during the season finale of the TV show.

Conrad Ricamora, who plays Oliver and was absent during the panel, noted in an interview with HIV Plus that fans were “heartbroken” with the HIV-positive bomb during the finale.

“People have demanded it be rewritten,” the actor noted during the interview.

Nowalk also said in an interview with Entertainment Weekly in February that Oliver’s HIV-positive diagnosis will force Connor to change how he looks at their relationship.

“Just watching [Oliver] feel that distraught and scared at the end with the news that he’s positive, Connor needs to figure out what his role is in the relationship now,” the series creator told EW in the interview.

American Horror Story 5: Lily Rabe comes on board as Aileen...