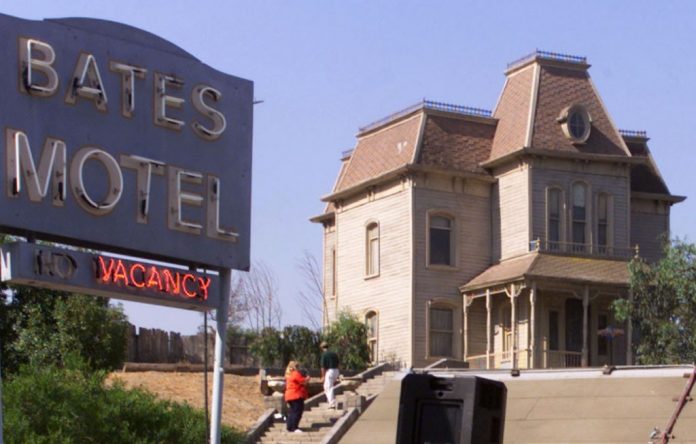 It is hard to describe just how bad things are for the Republican Party. Each day it looks more and more like the Bates Motel from Alfred Hitchcock’s classic film Psycho.

More precisely, the GOP is actually most like the central character who owns the motel: Norman Bates and his alter ego, “Mother,” a.k.a. Norma. Norman appears to be a polite, sincere young man, if strongly dominated by Mother. But so what if he’s idiosyncratic, even eccentric, with a mother fixation? As a private individual, he has the right to be odd.

Mother, meanwhile, wants absolute control over her son. She prefers the status quo just like the GOP establishment. Consider the senior GOP leadership’s embrace of the National Security Agency’s enveloping surveillance activities. Mother is always spying on Norman. And Norman, when in the grip of his alter-ego, spies on private citizens.

The real Norman is akin to the Tea Party. As played by Tony Perkins, Norman is peaceful, an individualist if a bit nave. He just wants to be left alone.

Norman is not a killer. It is Mother who is the killer. She is particularly out to get those who bring new ideas and individuality to the Republican Party.

The GOP’s corrupt, corporatist Washington insiders are now playing the role of Mother lacking principles and remorse, interested only in power and control. She just can’t leave Norman alone. Mother gets upset when Norman tries different experiences or meets different people. Mother is a control freak.

Moreover, strong GOP candidates check in at the Bates Motel, only to disappear. The party establishment has lined up behind former Florida Governor Jeb Bush. It has no interest in Senator Rand Paul (R-Ky.) or a real outsider like Wisconsin Governor Scott Walker, who took on and brought down his state’s public employee unions.

Like Norman and his Mother, the GOP is at war with itself, and one side or the other will have to surrender or leave. Otherwise, they might become entangled in a timeless death struggle, with neither side gaining a permanent advantage.

This psychological struggle mirrors the GOP’s internal struggle between the Bushies and the Reaganites.

Bushism, or “compassionate conservatism,” has pretty much been rejected by the GOP’s conservative base, though much of the party establishment and some cable commentators still cling to it. The rest see it as a free-spending, government-growing philosophy. Meanwhile, Reaganism, a philosophy based on small government and individual liberties, remains favored by Tea Party advocates, much of talk radio and most of the conservative movement. Yet GOP elites still deride the legacy of Ronald Reagan, don’t remember Dwight D. Eisenhower and have clearly never heard of John Locke or Thomas Paine.

Even Jeb Bush seems conflicted and confused, one day defending his brother’s presidency, the next day sidling away from it.

Today, the GOP’s only unifying philosophy is to be anti-Obama. Opposing President Barack Obama fuses together much if not all of the party. Yet many of the GOP’s elite Washington insiders probably agree with Obama more than they do the party’s base on issues ranging from “free” trade to healthcare to matters of government spying on U.S. citizens.

There are so many aspirants for the 2016 GOP nomination in part because they perceive the party wants to be unified once again as a populist, outsider, reformist party.

Only a few particularly Jeb want to make the party all Mother. Because the Bushes are essentially heirs to a European form of conservatism, a High Toryism. In other words: Motherism.

The Mothers of the GOP support trade deals, for example, and are ready to grant Obama vast new powers for wider surveillance. Some are “reformicons,” who advocate an activist foreign policy and an expanding and intrusive federal bureaucracy.

So the GOP’s image has become “do-nothingism.” The Mothers of the party want the federal government to expand its powers, and have implemented programs like Common Core and the invasive USA Patriot Act. The Normans of the party, however, want to send authority back to the states and localities. They reject the new world order and galloping federal authority.

Hence the party’s views looks conflicted and contradictory. It’s both Mother and Norman confused and confusing.