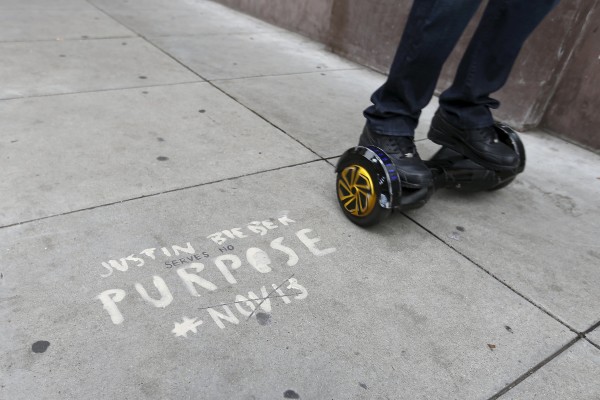 Amazon has removed all hoverboards from its site again. The online retailer has not commented on its decision, but the move follows at the heels of an official letter from the government.

Multiple reports state that Amazon has removed all listings of hoverboards from its site on Tuesday, Feb. 23. Those searching with the keyword “hoverboard” on its site will find that hoverboard decals and wheels are probably the only things that their search will yield.

On Feb. 18, the U.S. Consumer Product Safety Commission (CPSC) issued a letter addressed to manufacturers, importers, and retailers of hoverboards. In the letter, the commission urged them to review their product line and ensure that all hoverboards comply with the voluntary safety standards. So far, no hoverboards currently on the market meet the CPSC’s standards although testing is ongoing , reports The Verge.

The CPSC further stated in its letter that hoverboards needed to be certified safe by the independent testing firm Underwriters Laboratories. This means they must meet the lithium-ion battery products requirements of the United Nations, among other things. The testing firm has started testing hoverboards this month, but none have been certified yet.

In its official warning, the CPSC said uncertified hoverboards pose an “unreasonable risk of fire” to its users. It said “consumers risk serious injury or death if their self-balancing scooters [hoverboards] ignite and burn.” The warning was issued after the commission received reports from victims of hoverboard-started fires.

Hoverboards were popular during the holiday season. However, there were reports in December of these hoverboards catching fire. According to the CPSC, two homes and an automobile were destroyed due to fires started by hoverboards.

It was during this time that Amazon removed its hoverboards pending a safety review. Apparently, the hoverboards were re-listed on the site and now have been quietly removed again.