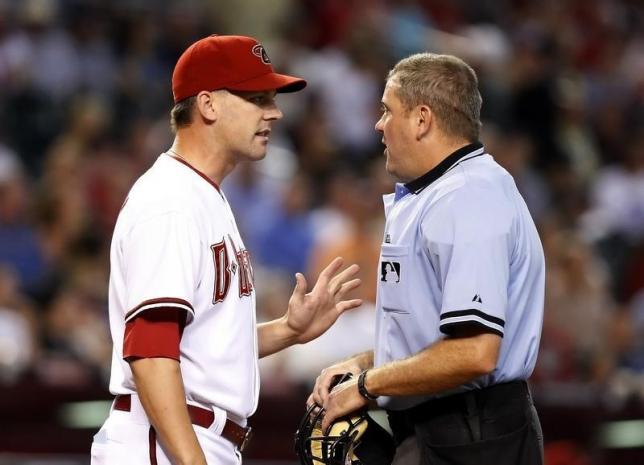 The Houston Astros made significant progress last season by returning to the playoffs after several years of rebuilding, losses, and mediocrity. One of the major contributors to that success is first-year manager A.J. Hinch. The front office couldn’t afford not to reward him and decided to revise the contract the 41-year-old originally signed, giving him more money and making guarantee that he’ll be in Houston for a little longer.

The Houston Chronicle revealed that with the revision of the contract, the Astros made a unique move locking in a team manager to a commitment that he will find no reason to quit on. For the most part, players are the ones offered to have their contracts revised, but this one’s rare, although the team did not provide any specific details as to the figures and stipulations involved. There is rumor though that the revision is focused on giving him a guarantee of the position through at least 2018.

The 41-year-old American started his career in baseball as a catcher for the Oakland Athletics from 1998 to 2000. After the brief time for the team that drafted him in the 1996 Major League Baseball Draft, he went on to play for several other teams until 2004, including the Kansas City Royals, Detroit Tigers, and the Philadelphia Phillies. He started his managing career in 2009 when the Arizona Diamondbacks hired him as the manager for the team’s minor league operations. He also became the vice president of professional scouting for the San Diego Padres.

The success he had with the Astros last season came in as a surprise because the team previously suffered three seasons of losing 100 games. When he took the job as manager, the team went above .500 with an 86-76 record and proceeded to the postseason, a feat they haven’t achieved in a long time. Although the team’s journey was halted by the Kansas City Royals in the ALDS, they at least won convincingly against the New York Yankees in the wild card game.