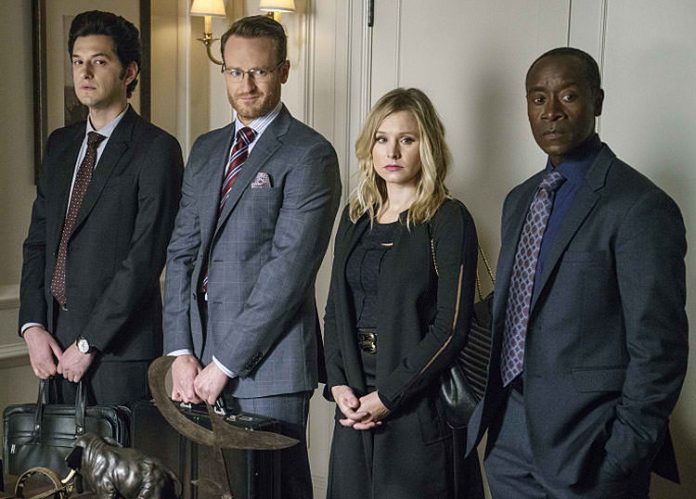 “House of Lies” executive producer Jessika Borsiczky talked about the show’s upcoming finale and recalled the journey the individual characters and the entire cast went through in the five years and five seasons that the show aired.

The Showtime comedy series that stars Don Cheadle, Kristen Bell, Ben Schwartz, Josh Lawson, Donis Leonard Jr., and Glynn Turman, among others, had been on TV for the past five seasons. In the show’s current fifth season, things are starting to wrap up, and the series finale is set to air on Sunday, June 12.

Despite being a comedy series, the show tackled a number of serious political and social issues including sexuality, racial privilege and discrimination, police brutality, and even illegal drugs.

Now that the series is set to finally close its curtains after five years, Borsiczky reflected on the journey that the crew and the cast had while working in the show and how this end can be considered “bittersweet.”

“There’s a sadness because it was such a gratifying experience. We got to push all the boundaries and cross all sorts of lines,” Borsiczky said. “And working with [Don] Cheadle, Kristen Bell, Ben Schwartz and Josh Lawson, there could not have been a more familial, professional environment. The great part is that we got to make a boundary-breaking show for five seasons, and we walked away from a show that we felt like we got to take every chance we wanted with. It was so fulfilling. But, the heartbreaking part is to know that we’ll never work with a cast that has so much love again.”

The finale episode of “House of Lies” was shot in Havana, Cuba and is the first scripted series shot in the country in recent memory. The series airs Sundays on Showtime.

'Blindspot' season 2 plot new: FBI goes back to square one;...

'Elementary' season 4 spoilers: What viewers can expect when show returns...