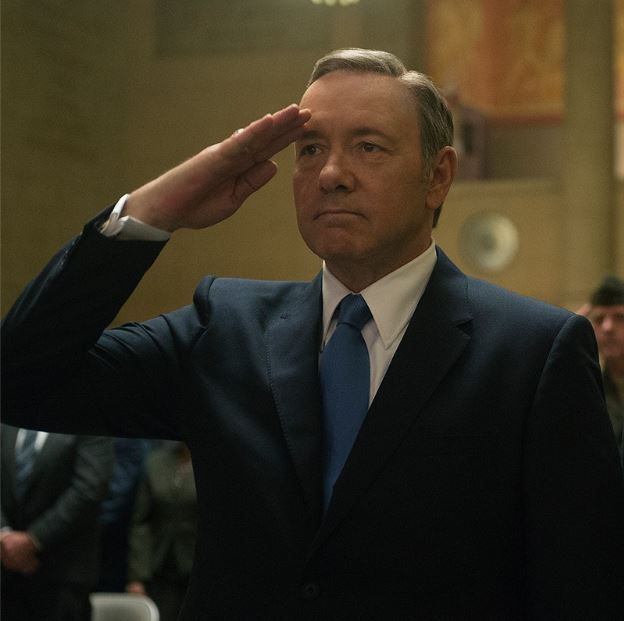 Production for season 5 of “House of Cards” is ongoing as actor Joel Kinnaman, who plays Will Conway, revealed on his Twitter account that things are about to get interesting in the new installment. The “Suicide Squad” actor took the microblogging site on Aug. 28 to post the cover of the episode 3 script and teased that crazy things are about to go down this season.

Michael Kelly, who plays Frank Underwood’s (Kevin Spacey) right-hand man Doug Stamper in the Netflix series, recently previewed the new season and gave his take on some of the rumors surrounding season 5. Since the season finale aired, there have been claims that the show might not get to see a lot of Spacey’s character as it was said that Frank’s failing health could lead to his death in the series.

Speaking with Deadline, Kelly did not confirm nor deny the rumors, but hinted that in the Netflix series, people will sometimes lose characters that they love.

“You lose characters that you love,” said Kelly. “We almost lost Frank, and I always have faith in the writers that no matter what road we go down, we’re going to come back to what the show is.”

In season 4, Lucas Goodwin (Sebastian Arcelus) was released from prison and upon getting out, he attempted to assassinate Frank. Lucas shot Frank at a campaign rally, hitting him in the liver. While he was in a coma, it was discovered that Frank needed a liver transplant. Stamper was able to get his boss at the top of the transplant list, and he survived. However, it appeared that Frank was not able to make a full recovery as he was forced to reduce his air travels because there was a risk that his transplanted liver would reject him.

Kelly also gave a production update, saying that he has been on set for three days and that they have just started shooting season 5.

“House of Cards” season 5 is expected to premiere in 2017 on Netflix.

James Bond Spectre news Ellie Goulding could be chosen for...