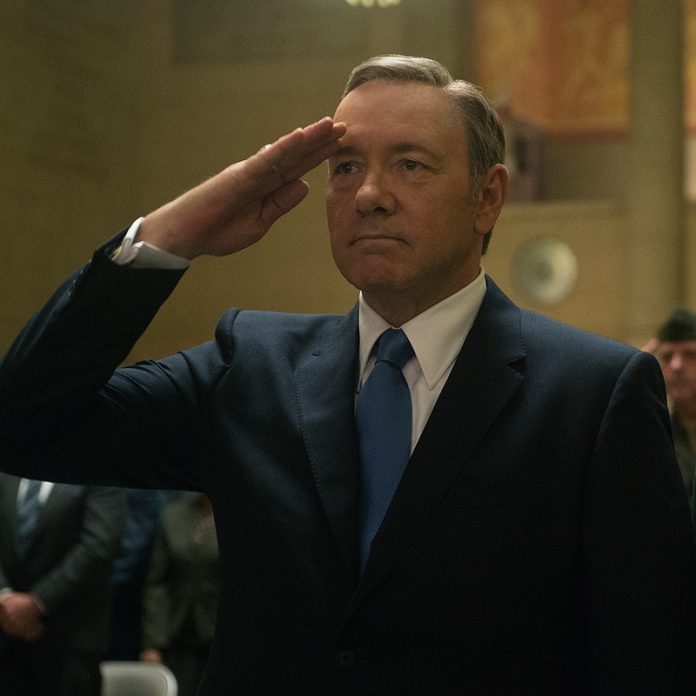 With pre-production reportedly underway for the highly anticipated season 5 of Netflix’s political drama “House of Cards,” rumors have it that Frank Underwood (Kevin Spacey) may get murdered down the line.

According to reports, it is believed that the fate of the president seems to be in the hands of the two people closest to him Doug Stamper (Michael Kelly) and his estranged wife, Claire Underwood (Robin Wright).

The former is known to be Frank’s loyalist and has helped him through difficult times, both during his presidential campaign and his tenure at the White House. He has also crossed some questionable lines in order to further Frank’s agendas. However, based on the shifty alliances that have taken place in the past, it is deemed possible that Doug will eventually turn his back on the president. Whether his motives have something to do with another person or he wants to be in the playing field of politics remains to be seen.

On the other hand, ever since Frank and Claire’s marriage hit a roadblock in season 4, some think that Claire may want to rise to power and have her former husband killed. Despite starting a new romantic relationship with Yates (Paul Sparks), Frank still supported Claire in her quest to become the vice president. The trust the former put on the latter will allegedly be destroyed as Claire gets greedy and decides to have the top spot for herself.

Meanwhile, other reports suggest that if Frank will not be killed by either of the two, he will still meet his demise as he suffers from an illness. It was revealed in the past that he actually has liver disease, which can potentially cause his death, reflecting the darker theme the follow-up narrative will allegedly tackle.

Netflix has yet to reveal any specific detail regarding the plot of “House of Cards” season 5. As such, available information should be taken with a grain of salt.

Xbox Live Deals with Gold: discounts up for grabs for several...