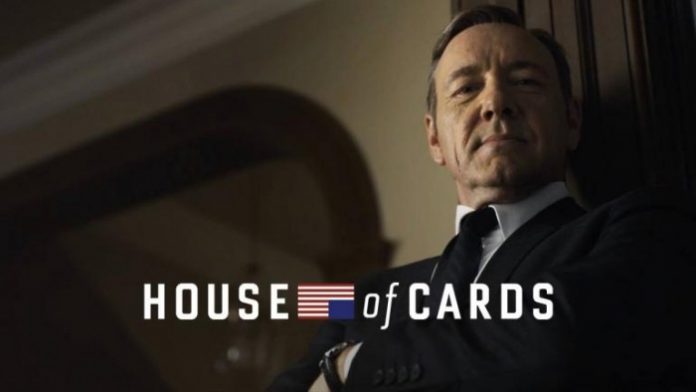 Netflix has confirmed that “House of Cards” will be back for a fifth season. And while season 4 coincided with the 2016 presidential primaries, could the next season debut alongside the 2017 presidential inauguration?

While some critics have called for closure on the Underwoods’ story and many expect “House of Cards” to conclude following the exit of long-time showrunner Beau Willimon, others maintain that with the series being a cash cow for Netflix, “House of Cards” could go on indefinitely or for as long as its stars can be locked into the series.

And though Willimon may have left “House of Cards” to pursue other endeavors, the series has promoted two of its head writers, Melissa James Gibson and Frank Pugliese, as co-showrunners.

However, according to Fansided, the season 4 narrative seems to hint at the series concluding in season 5. Though the blog did not elaborate as to why this is, it also pointed out that Netflix has signed “Orange is the New Black” for four additional seasons. If “House of Cards” is to continue on after season 5, why has Netflix not renewed the series for more seasons after the fifth?

Meanwhile, though Netflix has not released the official drop date for “House of Cards” season 5, many expect the new season to debut a little over a year from its season 4 premiere date of March 4.

As Netflix prepared to drop season 4 of its popular political drama earlier this year, the promos for “House of Cards” lined up neatly with real-life events in the U.S. presidential campaigns. Could season 5 then coincide with the next presidential inauguration?

According to Bustle, “House of Cards” has had a noticeable pattern of premiere dates. New seasons always debut on a Friday and almost always exactly a year and two weeks after the premiere of the season before it. Should this pattern be continued, season 5 could then premiere either on March 10 or March 17, 2017.

However, there is a very important event coming up in early 2017 that happens to fall on a Friday and just so happens to mirror what may or may not occur in the season 5 premiere of “House of Cards.” The 2017 presidential inauguration will be held on January 20 and should Frank Underwood (Kevin Spacey) be re-elected, the real-life inauguration would be the perfect backdrop to its “House of Cards” counterpart.

Netflix has not announced the official release date for “House of Cards” season 5.